ISTANBUL (Reuters) - A Turkish court ordered the release of journalists Ahmet Altan and Nazli Ilicak in a retrial on Monday due to the time they have already served in jail, the state-owned Anadolu news agency reported. The court had previously sentenced the two journalists to life imprisonment for aiding the network of U.S.-based Muslim cleric Fethullah Gulen, accused by Ankara of orchestrating a coup attempt in 2016 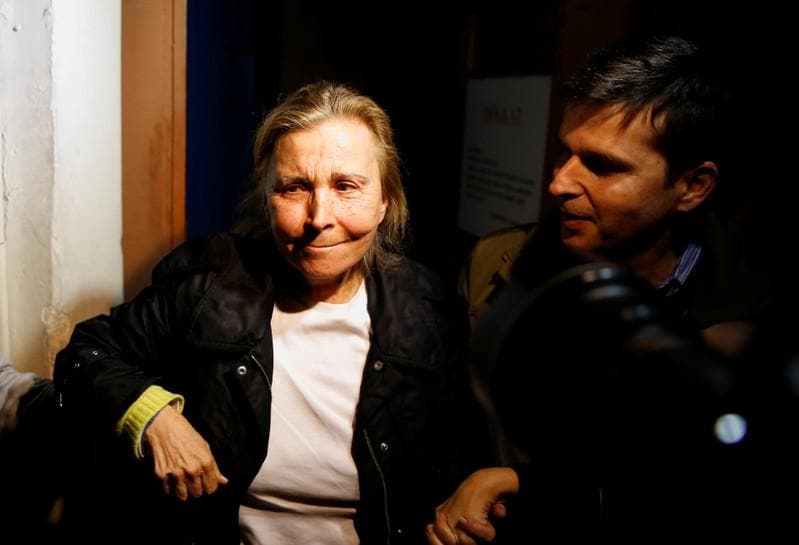 ISTANBUL (Reuters) - A Turkish court ordered the release of journalists Ahmet Altan and Nazli Ilicak in a retrial on Monday due to the time they have already served in jail, the state-owned Anadolu news agency reported.

The court had previously sentenced the two journalists to life imprisonment for aiding the network of U.S.-based Muslim cleric Fethullah Gulen, accused by Ankara of orchestrating a coup attempt in 2016.

Altan and Ilicak had denied the charges against them. The two journalists have been released under judicial control, Anadolu said.

The court also acquitted Altan's brother Mehmet, also a journalist and a defendant in the same case, of alleged links to the Gulen network due to a lack of clear evidence, Anadolu said. Altan had already been released from detention.

In Monday's verdict, the court sentenced Ahmet Altan to 10 years six months in jail and Ilicak to eight years and nine months but then ruled that they could be released as they had already served more than three years behind bars, Anadolu said.

Turkey's high court overruled the life sentences against the three journalists in July, sending the file back for re-trial.

The case drew criticism from human rights groups and Turkey's Western allies, already alarmed by the scale of a post-coup crackdown against suspected Gulen supporters under President Tayyip Erdogan.

Erdogan's government has jailed more than 77,000 people pending trial since the abortive putsch and widespread arrests are still routine in a crackdown critics say demonstrates growing autocracy in Turkey.

Some 150,000 people from the public and private sectors and the military have also been sacked or suspended over alleged links to Gulen's network.

Gulen, who has lived in self-imposed exile in Pennyslvania since 1999, and his followers deny any involvement in the coup.