ANKARA (Reuters) - Turkey's new coronavirus cases jumped on Tuesday to their highest level since mid-June at 1,502, according to Health Ministry data, prompting the government to impose measures to combat the spread of the pandemic. Health Minister Fahrettin Koca said on Twitter that 24 more people died from COVID-19, bringing the country's death toll to 6,163. 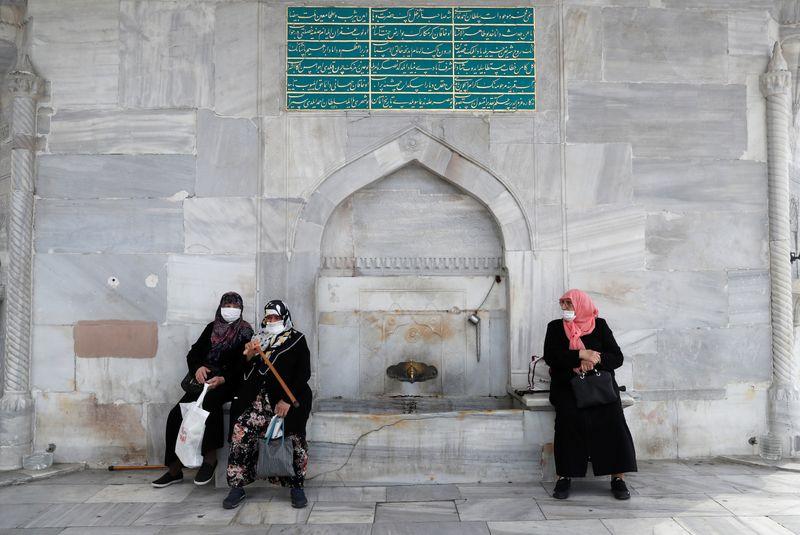 ANKARA (Reuters) - Turkey's new coronavirus cases jumped on Tuesday to their highest level since mid-June at 1,502, according to Health Ministry data, prompting the government to impose measures to combat the spread of the pandemic.

Daily cases were last this high on June 15 - two weeks after Turkey lifted a partial lockdown - when the country logged 1,592 cases.

Responding to the surge, President Tayyip Erdogan announced that all state institutions may now implement "flexible working methods", such as working out of the office or in shifts, according to a presidential decree published in the Official Gazette overnight.

The decree said the moves were aimed at "reducing the spread of the COVID-19 outbreak in our country".

Earlier, the Interior Ministry said it was banning certain events and celebrations, such as engagements and henna nights, in 14 provinces, including the capital, Ankara, in order to stem the spread of the coronavirus.

In a nationwide notice, it said weddings in the 14 provinces would be allowed to last a maximum of one hour, and any wedding dances, celebrations or parties were banned.