ISTANBUL (Reuters) - Turkish President Tayyip Erdogan said on Tuesday he hoped the United States' approach towards Turkey's purchase of the Russian S-400 missile defence system would change and there was no turning back from the deal with Russia. 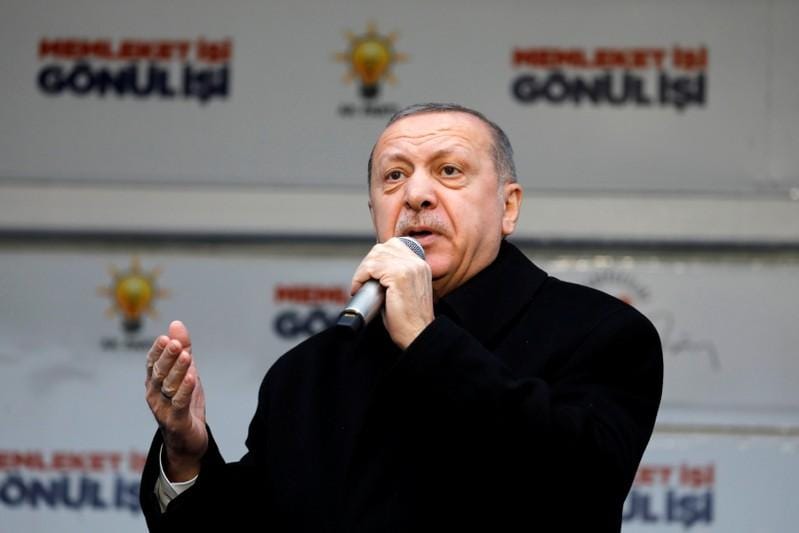 ISTANBUL (Reuters) - Turkish President Tayyip Erdogan said on Tuesday he hoped the United States' approach towards Turkey's purchase of the Russian S-400 missile defence system would change and there was no turning back from the deal with Russia.

U.S. and NATO officials have told Ankara that the Russian system cannot be integrated into the NATO air and missile defence system and that purchasing the S-400 system would jeopardise Turkey's purchase of Lockheed Martin Corp F-35 fighter jets and possibly result in U.S. sanctions.

"Relevant institutions are conducting necessary talks right now. They will continue to do so. They will also speak to Congress. I hope that this wrong approach (of the U.S.) will change," Erdogan told Turkish broadcaster NTV.