Turkey, Russia have no problems on planned safe zone in Syria - Erdogan

ANKARA (Reuters) - Turkey and Russia don't have any disagreements about a planned safe zone in northern Syria, Turkish President Tayyip Erdogan told a joint news conference with Russia's Vladimir Putin on Wednesday. Speaking in Moscow, Erdogan also said it was of crucial importance that the planned U.S 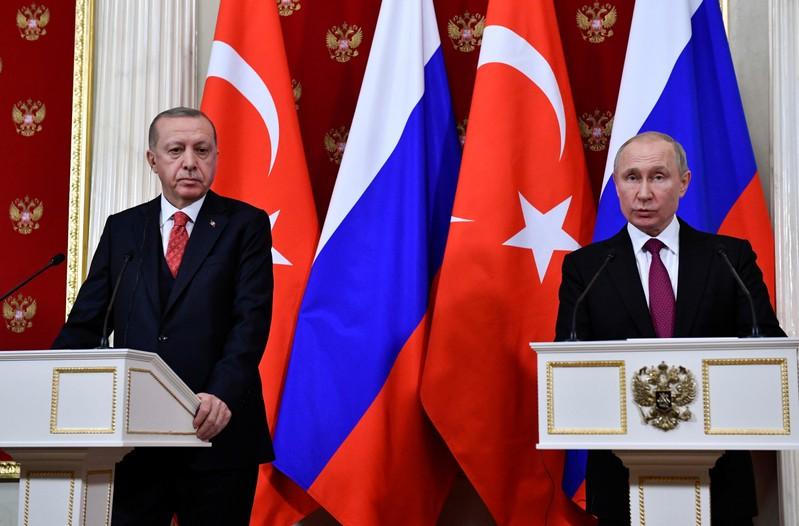 Speaking in Moscow, Erdogan also said it was of crucial importance that the planned U.S. withdrawal from Syria does not leave room for terrorist groups to roam freely. He added Turkey and Russia would continue to battle terrorist organisations in Syria's Idlib province.