By Lesley Wroughton WASHINGTON (Reuters) - President Donald Trump was speaking hyperbolically when he lashed out at a prominent African-American lawmaker by calling his district 'disgusting, rat and rodent infested,' his acting chief of staff said on Sunday, denying the comments were racist. 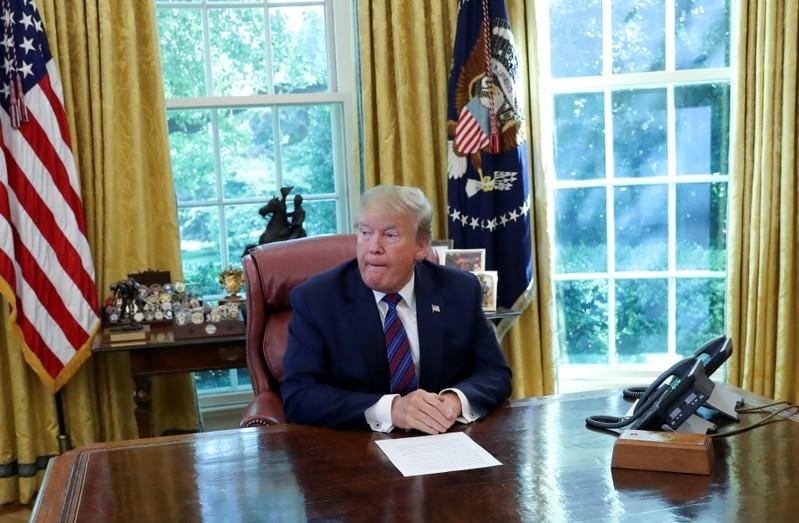 WASHINGTON (Reuters) - President Donald Trump was speaking hyperbolically when he lashed out at a prominent African-American lawmaker by calling his district "disgusting, rat and rodent infested," his acting chief of staff said on Sunday, denying the comments were racist.

Trump had attacked U.S. Representative Elijah Cummings, a champion for civil rights, in a series of tweets on Saturday, after the lawmaker had criticized conditions at U.S. facilities housing migrants along the Mexican border.

"No human being would want to live there," Trump said of Cumming's Baltimore district.

"The president is attacking Mr. Cummings for saying things that are not true about the border. It has absolutely zero to do with race," Mulvaney told Fox News Sunday.

In an interview on CBS's "Face the Nation," Mulvaney said he understood why the tweets could be perceived as racist but said: "That doesn't mean it's racist."

Asked whether he believed Trump's comments were hyperbolic, Mulvaney said: "I absolutely do."

Cummings is the Democratic chairman of the House of Representatives Oversight Committee, which voted 23-16 along party lines on Thursday to issue subpoenas to White House officials, including Trump's daughter Ivanka Trump and son-in-law Jared Kushner as part of a probe into possible violations of government record-keeping laws.

Trump's remarks echoed a similar attack he made in January 2017 against another black lawmaker and icon of the civil rights movement, John Lewis. He also recently told four minority women lawmakers to "go back and help fix the totally broken and crime infested places from which they came from."

Trump kept up his attacks for the second straight day on Sunday before leaving the White House to play golf.

"Just take a look, the facts speak far louder than words," Trump tweeted. "The Democrats always play the Race Card, when in fact they have done so little for our Nation's Great African American people. Now, lowest unemployment in U.S. history, and only getting better. Elijah Cummings has failed badly."

"I absolutely think it's important to call it out for what it is, which is racism," Democratic presidential candidate Julian Castro told "Face the Nation."