Trump weighs in on furor over racist Roseanne Barr tweet

LOS ANGELES (Reuters) - U.S. President Donald Trump waded into the uproar over Roseanne Barr's racist tweet, complaining that an ABC TV executive who apologized for the comments had turned a deaf ear to criticism of him broadcast by the network. 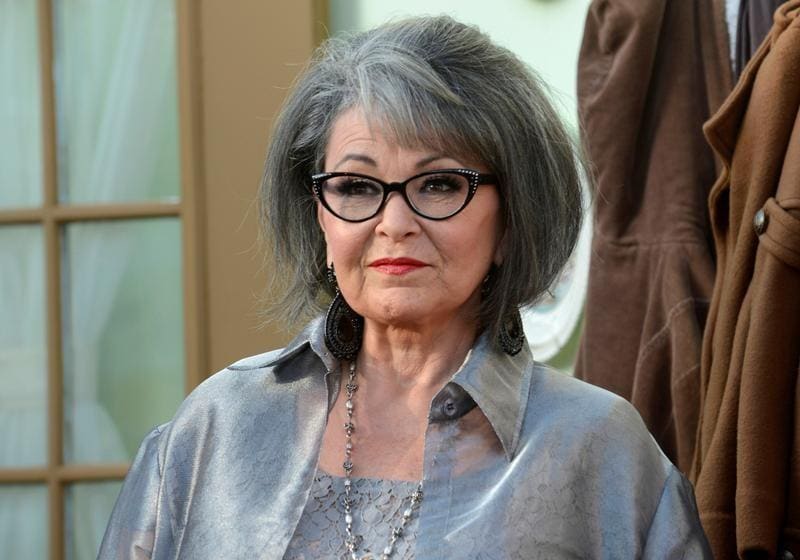 LOS ANGELES (Reuters) - U.S. President Donald Trump waded into the uproar over Roseanne Barr's racist tweet, complaining that an ABC TV executive who apologized for the comments had turned a deaf ear to criticism of him broadcast by the network.

Barr sparked widespread anger with a tweet comparing Valerie Jarrett, an adviser to President Barack Obama, to an ape. Barr wrote in a now-deleted message that if the Islamist political movement "muslim brotherhood & planet of the apes had a baby = vj."

The tweet led Walt Disney Co's ABC network to cancel its hit revival of her "Roseanne" sitcom, whose popularity Trump has cited as evidence his supporters, who include Barr, want shows that speak to their concerns.

"Gee, he never called President Donald J. Trump to apologize for the HORRIBLE statements made and said about me on ABC. Maybe I just didn't get the call?" Trump said on Twitter. Trump has been a persistent critic of the news media throughout his campaign and presidency.

Barr blamed her late-night message on the sleep aid Ambien.

"It was 2 in the morning and I was Ambien tweeting-it was memorial day too-i went 2 far & do not want it defended-it was egregious Indefensible," she wrote in a message that has since been deleted. "I made a mistake I wish I hadn't but...don't defend it please."

"People of all races, religions and nationalities work at Sanofi every day to improve the lives of people around the world," its U.S. arm said on Twitter. "While all pharmaceutical treatments have side effects, racism is not a known side effect of any Sanofi medication."

Barr said she was tired of "being attacked and belittled more than other comedians who have said worse" and asked for people not to boycott ABC.

Barr, 65, then apologized "for making a bad joke" about Jarrett, who is black and was born in Iran to American parents.

"Don't feel sorry for me, guys!!," Barr said in a tweet late on Tuesday. "I just want to apologize to the hundreds of people, and wonderful writers (all liberal) and talented actors who lost their jobs on my show due to my stupid tweet."

Barr's Twitter profile drew supportive comments, with some users saying they believed she had been treated unfairly because of her politics.

Hollywood talent agency ICM on Tuesday dropped Barr as a client. Several networks and the streaming service Hulu said they would no longer rerun her show.

The original "Roseanne" ran from 1988 to 1997, featuring a blue-collar family, the Conners, with overweight parents struggling to get by. It was praised for its realistic portrayal of working-class life.

The current "Roseanne" was ABC's biggest hit of the 2017-2018 season, drawing an average 18.7 million viewers, second only to CBS's "The Big Bang Theory," according to Nielsen data through May 20.