WASHINGTON (Reuters) - U.S. President Donald Trump on Sunday urged British Prime Minister Boris Johnson and Brexit Party leader Nigel Farage to come together to safeguard prospects for expanded U.S.-UK trade after Britain leaves the European Union. Trump told reporters at the White House that both men were friends of his, but Johnson was 'the right man for the time.' Farage on Sunday said he would not run for a seat in parliament in Britain's snap Dec 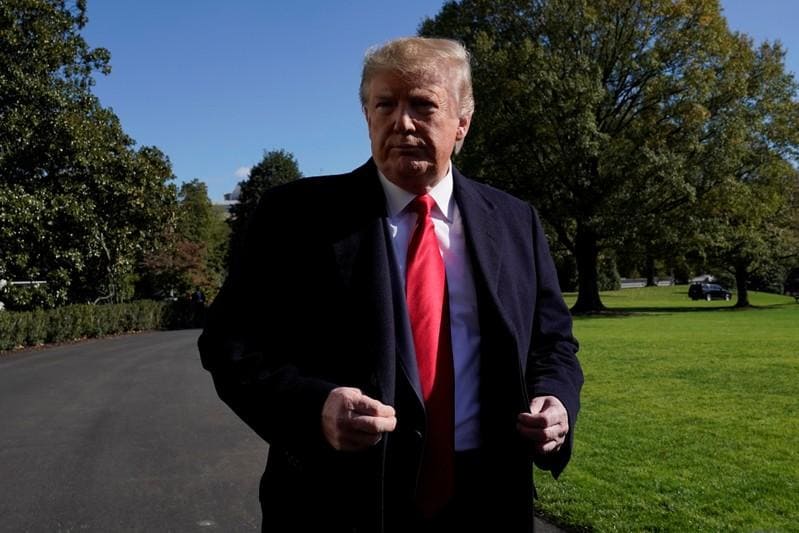 Trump told reporters at the White House that both men were friends of his, but Johnson was "the right man for the time."

Farage on Sunday said he would not run for a seat in parliament in Britain's snap Dec. 12 election, focusing instead on campaigning against Johnson's EU divorce deal. The election was called because of an impasse in parliament over Brexit, more than three years after voters decided to leave the bloc.

Asked which UK leader he supported, Trump said, "I like them both. I think Boris will get it right. They're both friends of mine. What I'd like to see is for Nigel and Boris to come together. I think that's a possibility."

Trump said Britain's exit from the EU must be structured to facilitate continued trade between Britain and the United States.

"We're far and away the No.1 economy in the world, and if you do it a certain way we're prohibited from trading with the UK," he said. "That would be very bad for the UK, because we can do much more business (than the) European Union."

Trump first waded into Britain's election campaign last week, telling Farage in a radio interview that the leader of the left-wing opposition Labour Party, Jeremy Corbyn, would be "so bad" for Britain if he wins.

Trump also floated the idea that Johnson and Farage could combine forces, saying it could be "terrific." "If you and he get together it's, you know, unstoppable force," Trump told Farage in the interview.

Farage responded by saying he would be "right behind" Johnson, on condition the prime minister dropped the Brexit divorce deal he struck with the European Union two weeks ago and instead went for a "clean break" Brexit without a deal.

Trump also said Britain could do four to five times more trade with the United States, but might be prevented from doing a bilateral trade deal by the terms of the potential post-Brexit trade relationship that London and Brussels have set out.