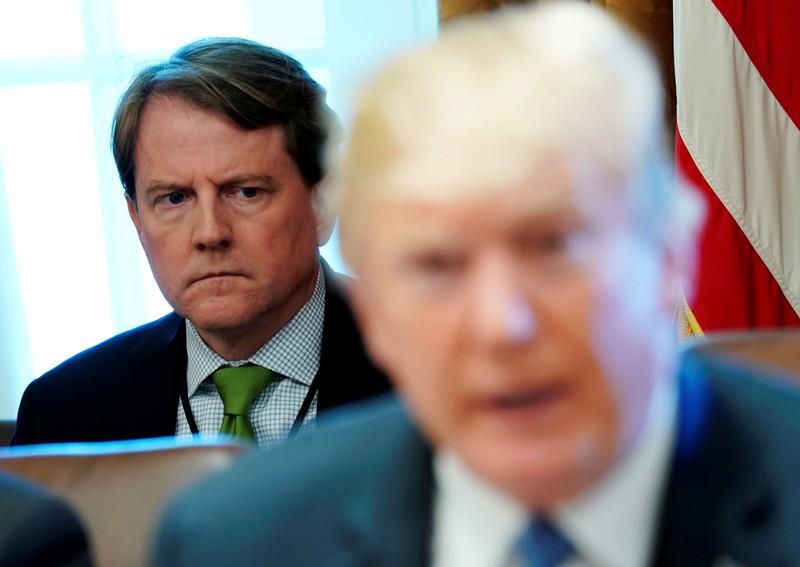 Trump ordered officials not to comply with legal requests from Democrats in the House of Representatives who are conducting multiple investigations of his administration, with topics including Trump's tax returns, White House security clearances and the probe of Russian interference in U.S. politics.

Trump also promised to fight all the way to the Supreme Court against any effort by congressional Democrats to impeach him, even though the U.S. Constitution gives Congress complete authority over the impeachment process.

Under the Constitution, Congress is a co-equal branch of government alongside the executive branch and the judiciary.

Democrats remain divided on whether to proceed with Trump's impeachment after the Russia inquiry. Trump defiantly proclaimed on Twitter that the investigation "didn't lay a glove on me."

"This is a massive, unprecedented and growing pattern of obstruction," Cummings said in a statement, warning Republicans in the administration that they could become ensnared in the legal fight if they follow White House instructions to resist.

"These employees and their personal attorneys should think very carefully about their own legal interests rather than being swept up in the obstruction schemes of the Trump administration," Cummings said.

He said the committee would gather to hear Gore's deposition on Thursday and suggested he "should be well aware of his constitutional, legal and ethical obligations to comply with a duly authorized subpoena from Congress.

Mueller's findings, released in a redacted report last week, detailed how Trump tried often to impede the inquiry but stopped short of concluding he had committed the crime of obstruction of justice. The report said Congress could address whether the president violated the law.

Mueller separately found insufficient evidence that Trump's campaign engaged in a criminal conspiracy with Russia in the 2016 presidential race.

The Constitution empowers Congress to remove a president from office for "treason, bribery or other high crimes and misdemeanours." The House is given the power to impeach a president - bring formal charges - and the Senate then convenes a trial, with the senators as jurors, with a two-thirds vote needed to convict a president and remove him from office.

Some congressional Republicans have urged the country to move forward after the Mueller report, while a few, including Senator Mitt Romney, have condemned Trump's actions. Some conservatives outside of Congress have urged congressional action in the wake of Mueller's report.