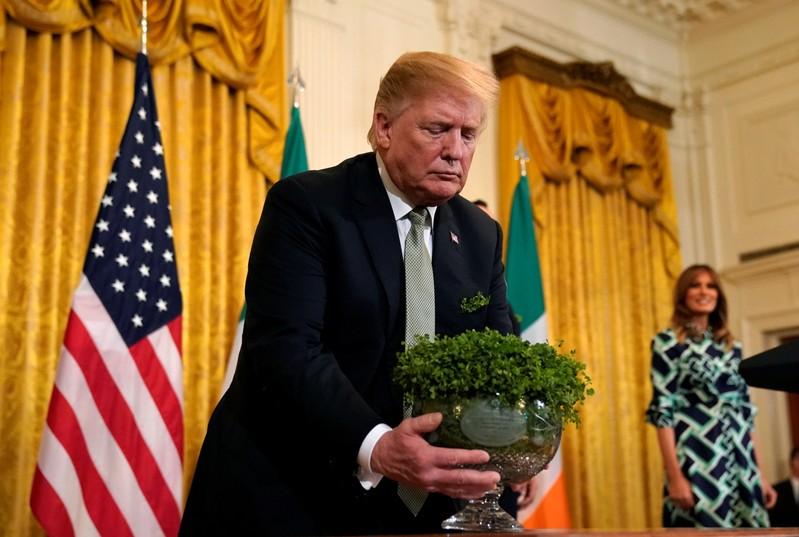 WASHINGTON (Reuters) - U.S. President Donald Trump and his wife, Melania, will visit Ireland during their upcoming trip to Britain and France, and plan to meet Irish Prime Minister Leo Varadkar on June 5, the White House said on Tuesday.

A White House statement said the Trumps had accepted Varadkar's invitation to visit Ireland while they are in Europe. They are to be the guests of Queen Elizabeth for a state visit to Britain June 3-5. They are to attend ceremonies marking the 75th anniversary of the D-Day invasion of Normandy on June 6.