WASHINGTON (Reuters) - President Donald Trump on Friday will veto a congressional measure to end his emergency declaration to get funds to build a wall at the U.S. border with Mexico, a White House spokesman said. Trump will be flanked by border officials and people who have had family members killed by someone who is in the United States illegally during the 3:30 p.m 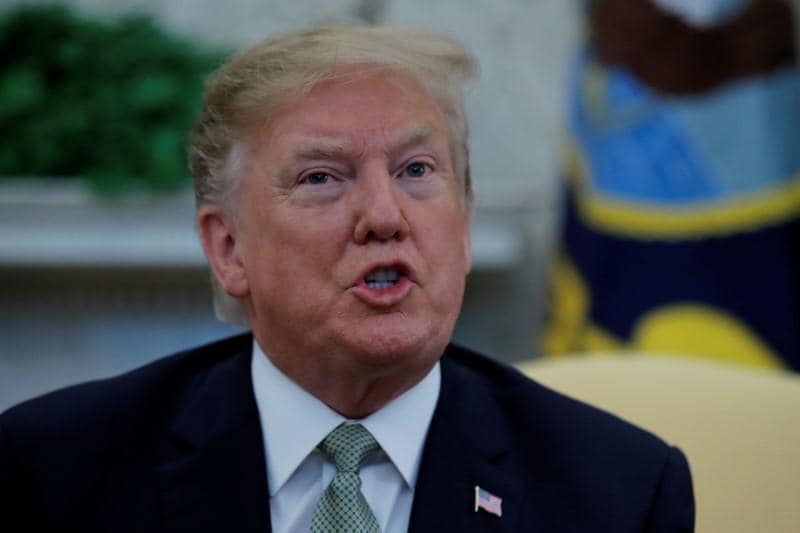 WASHINGTON (Reuters) - President Donald Trump on Friday will veto a congressional measure to end his emergency declaration to get funds to build a wall at the U.S. border with Mexico, a White House spokesman said.

Trump will be flanked by border officials and people who have had family members killed by someone who is in the United States illegally during the 3:30 p.m. (1930 GMT) event, spokesman Hogan Gidley told reporters.

The veto would be the first of Trump's presidency. On Thursday, Democrats and Republicans rebuked Trump over his decision to circumvent Congress and take money already designated for other programs to pay for his barrier along the U.S.-Mexico border.

Trump has said he wants a wall to prevent immigrants from crossing into the United States, describing the situation as a national emergency. Democrats deny there is an emergency at the border, saying border crossings are at a four-decade low.

The Republican-controlled U.S. Senate voted to end his border emergency declaration, with 12 of Trump's fellow Republicans joining Democrats. The numbers did not make it to the level required to override a veto, meaning Trump could secure his plans despite congressional disapproval.

Trump thanked Republican senators who voted for his declaration in a Twitter post. "Watch, when you get back to your State, they will LOVE you more than ever before!" he said.

The president made a border wall a central promise of his 2016 campaign for the White House. He initially insisted that Mexico would pay for the wall but it has declined to do so. Last year, Trump forced a government shutdown over an impasse with Congress over funding for the barrier.

When a deal to prevent another shutdown did not give him the funding he requested, Trump declared a national emergency, redirecting funds that were allocated for other projects to build the barrier instead.

(Reporting by Jeff Mason and Roberta Rampton in Washington; editing by Dan Grebler and James Dalgleish)