Trump to tell U.N. it 'must hold China accountable for their actions' on virus

WASHINGTON (Reuters) - U.S. President Donald Trump will tell the United Nations General Assembly on Tuesday it 'must hold China accountable for their actions' related to the coronavirus pandemic. 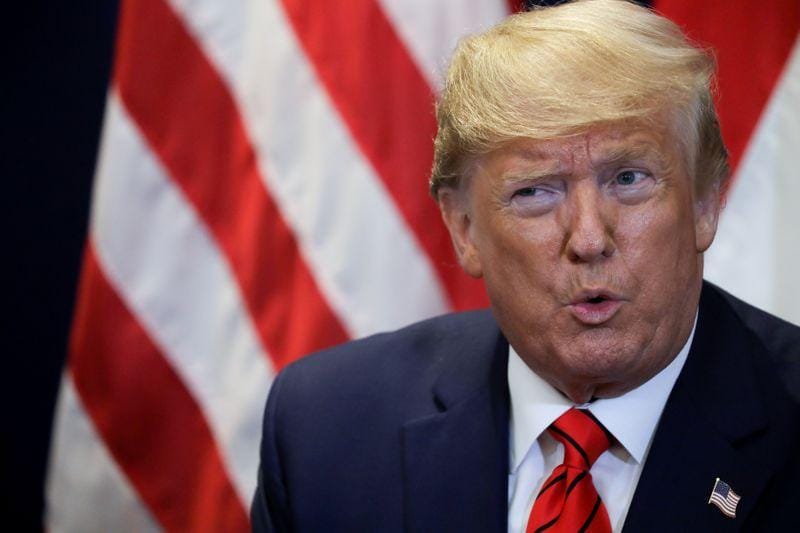 WASHINGTON (Reuters) - U.S. President Donald Trump will tell the United Nations General Assembly on Tuesday it "must hold China accountable for their actions" related to the coronavirus pandemic.

"The Chinese government, and the World Health Organization – which is virtually controlled by China – falsely declared that there was no evidence of human-to-human transmission," Trump will say, according to excerpts released ahead of delivery.

"Later, they falsely said people without symptoms would not spread the disease ... The United Nations must hold China accountable for their actions," he will say.

Trump taped his speech on Monday at the White House for delivery remotely to the General Assembly, which convened virtually this week.

Trump, a frequent critic of the United Nations, also said in the excerpts that if the UN is to be effective, it must focus on "the real problems of the world" like "terrorism, the oppression of women, forced labor, drug trafficking, human and sex trafficking, religious persecution, and the ethnic cleansing of religious minorities."