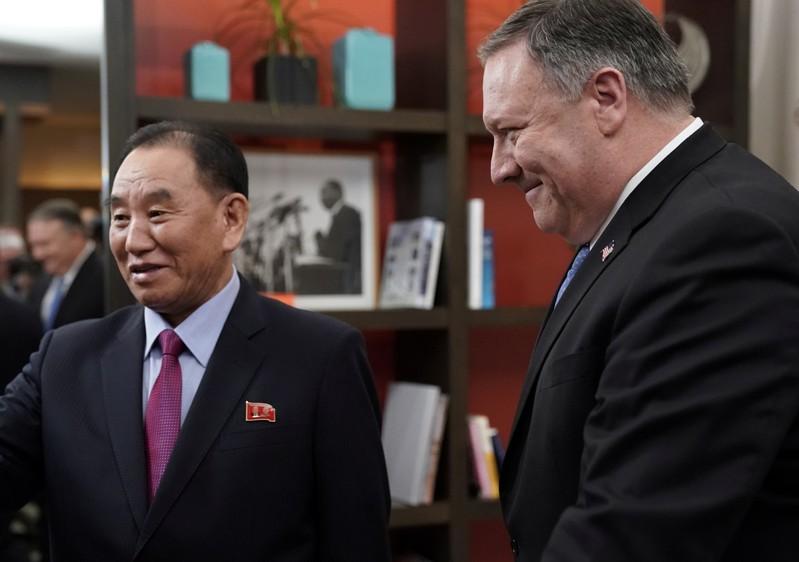 The announcement came amid a diplomatic flurry in Washington surrounding the visit of Kim Yong Chol, a hardline former spy chief, and marked a rare sign of movement in a denuclearisation effort that has stalled since a landmark meeting between Trump and the North Korean leader in Singapore last year.

“President Donald J. Trump met with Kim Yong Chol for an hour and half, to discuss denuclearisation and a second summit, which will take place near the end of February. The President looks forward to meeting with Chairman Kim at a place to be announced at a later date," White House spokesman Sarah Sanders said in a statement.

Despite the summit announcement, there has been no indication of any narrowing of differences over U.S. demands that North Korea abandon a nuclear weapons programme that threatens the United States or over Pyongyang's demand for a lifting of punishing sanctions.

Trump declared after the Singapore summit in June that the nuclear threat posed by North Korea was over. But hours before Kim Yong Chol's arrival, Trump unveiled a revamped U.S. missile defence strategy that singled out the country as an ongoing and "extraordinary threat."

The first summit produced a vague commitment by Kim to work towards the denuclearisation of the Korean peninsula, but he has yet to take what Washington sees as concrete steps in that direction.

Communist-ruled Vietnam, which has good relations with both the United States and North Korea, has been widely touted as the most likely site of the next summit.

The State Department said that Pompeo had a "good discussion" with Kim Yong Chol "on efforts to make progress on commitments President Trump and Chairman Kim Jong Un made at their summit in Singapore." But it provided no specifics.

(Reporting By Matt Spetalnick and David Brunnstrom, additional reporting by Steve Holland and David Alexander and Lesley Wroughton in Washington, and Michelle Nichols at the United Nations; Editing by Jeffrey Benkoe and Alistair Bell)