WASHINGTON (Reuters) - President Donald Trump signed a new executive order on Sunday aimed at lowering drug prices in the United States by linking them to those of other nations and expanding the scope of a July action. 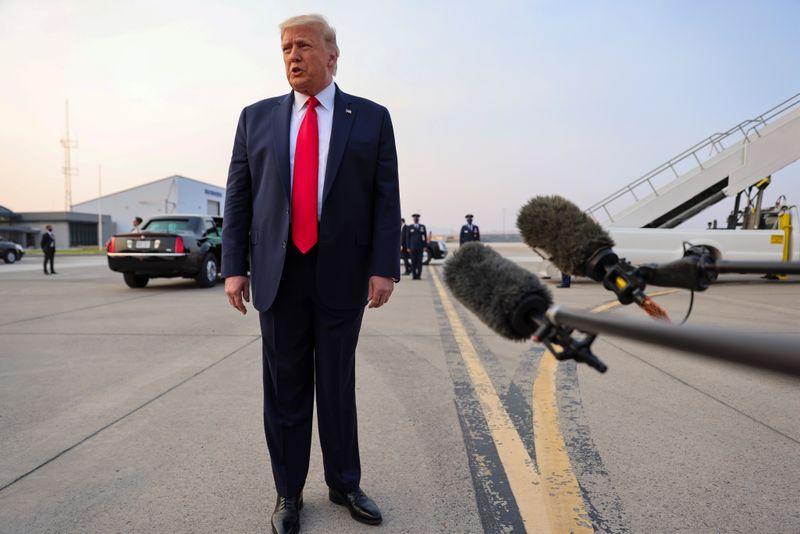 WASHINGTON (Reuters) - President Donald Trump signed a new executive order on Sunday aimed at lowering drug prices in the United States by linking them to those of other nations and expanding the scope of a July action.

"My Most Favored Nation order will ensure that our Country gets the same low price Big Pharma gives to other countries. The days of global freeriding at America’s expense are over," Trump said in a Twitter post.

The latest step, coming less than two months before the Nov. 3 presidential election, would replace a July 24 Trump executive order.

It extends the mandate to prescription drugs available at a pharmacy, which are covered under Medicare Part D. The July version focused on drugs typically administered in doctors' offices and health clinics, covered by Medicare Part B.

Specifically, it would pay a price for a drug that matches the lowest price paid among wealthy foreign governments. Medicare, the government healthcare program for seniors, is currently prohibited from negotiating prices it pays to drugmakers.

It also requires issuing new federal rules, a complex process that might not be done by Election Day. Furthermore, determining prices paid by other countries could be challenging as negotiations between governments and drugmakers often are kept confidential.

The industry's largest trade group - the Pharmaceutical Research and Manufacturers of America, or PhRMA - denounced Trump's move as "a reckless attack on the very companies working around the clock to beat COVID-19."

PhRMA President and Chief Executive Stephen Ubl called the policy "unworkable" and an "overreach," and said it would give foreign governments a say in how the United States provides access to treatments.

Larry Levitt, health economist at the Kaiser Family Foundation research organization, wrote on Twitter that Trump's executive order "does not by itself do anything. It has to be followed up by regulations, which will take time."

The Biotechnology Innovation Organization said the move would reduce industry investment. "We will use every tool available – including legal action if necessary – to fight this risky foreign price control scheme," Dr. Michelle McMurry-Heath, president and CEO of the group, said in a statement.

The Republican president signed an executive order in July to require Medicare to tie the prices it pays for drugs to those paid by other countries. Its implementation, however, was delayed as the administration sought to work out a solution with the industry.

Three other executive orders were signed in July, which were designed to reduce drug costs for consumers in a bid to highlight Trump's commitment to cutting prescription prices before the November election.