By Gabriella Borter and Barbara Goldberg (Reuters) - U.S. President Donald Trump said on Monday that transgender issues were in flux and he aims to protect the country after a report that his administration was considering defining gender as male or female based on genitalia at birth drew widespread condemnation. 'We have a lot of different concepts right now 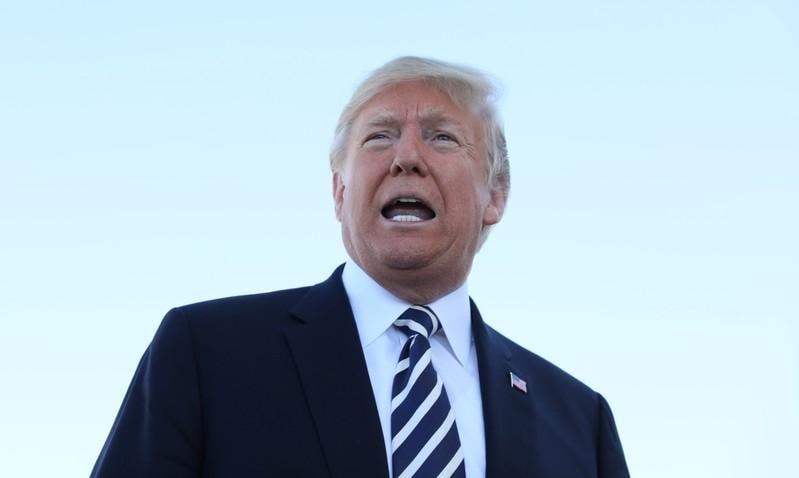 By Gabriella Borter and Barbara Goldberg

(Reuters) - U.S. President Donald Trump said on Monday that transgender issues were in flux and he aims to protect the country after a report that his administration was considering defining gender as male or female based on genitalia at birth drew widespread condemnation.

Asked about a campaign promise to protect the LGBT community, Trump said: "I'm protecting everybody. I want to protect our country."

Under a proposal first reported by the New York Times on Sunday, the Trump administration would narrow the definition of gender to male or female at birth and it would be unchangeable later in life.

The move would remove recognition of and protections for transgender people under U.S. civil rights laws promoted by the prior administration of President Barack Obama in health care, schools and the military. About 1.4 million U.S. adults identify as transgender, according to a 2016 estimate by the Williams Institute.

"We urge the administration to ensure all public health policy is firmly rooted in science, and to keep discrimination and political interference out of our nation’s health,” said Dr. Lisa Hollier, president of the American College of Obstetricians and Gynecologists.

Beyond the broader issues raised by the administration memo, doctors said the new policy would be impossible to apply to "intersex" babies who are born with ambiguous genitalia or reproductive organs.

Most transgender people live with a profound sense that the gender assigned to them at birth was wrong and transition to the opposite sex, while others live a non-binary or gender-fluid life.