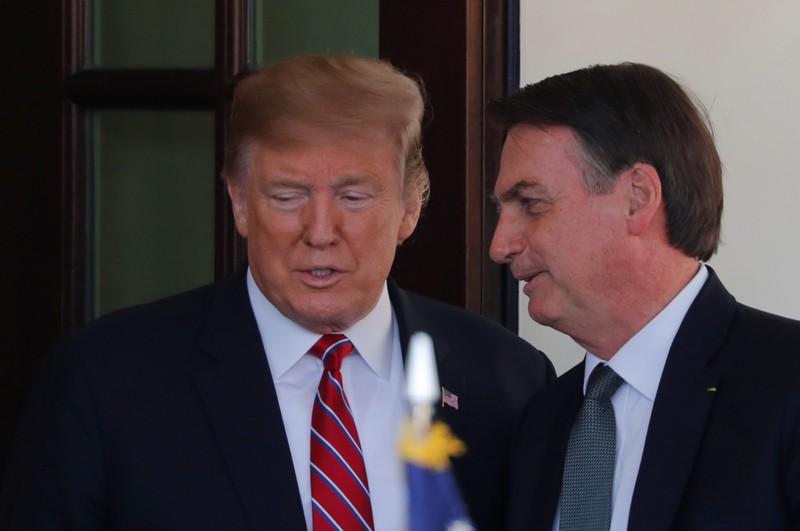 "We're going to look at that very very strongly in terms of - whether it's NATO or it's something having to do with alliance," Trump told reporters, sitting next to Bolsonaro.

Trump also said he supported Brazil's efforts to join the Organization for Economic Cooperation and Development (OECD), a club of the world's advanced economies.

Brazil, the world's eighth-largest economy, applied in 2017 to join the OECD, which has around three dozen members including Latin American countries Mexico, Chile and Colombia.

A senior member of Bolsonaro's economic team said last week Brazil did not expect the U.S. government to announce support for its bid to join the OECD during Bolsonaro's visit.