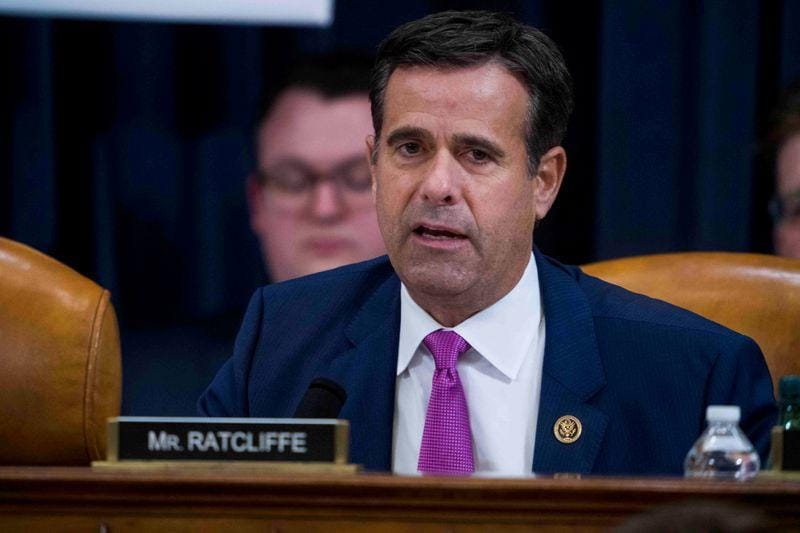 It is the second time Trump has nominated Ratcliffe to be the U.S. spy chief. Trump nominated the congressman for the job in late July, but dropped the nomination in early August after questions arose about Ratcliffe's lack of experience and possible exaggerations in his resume.