WASHINGTON (Reuters) - U.S. President Donald Trump repeated on Tuesday that immigration authorities would next week target migrants in the country illegally in large-scale arrests, but still gave no details about the planned action. 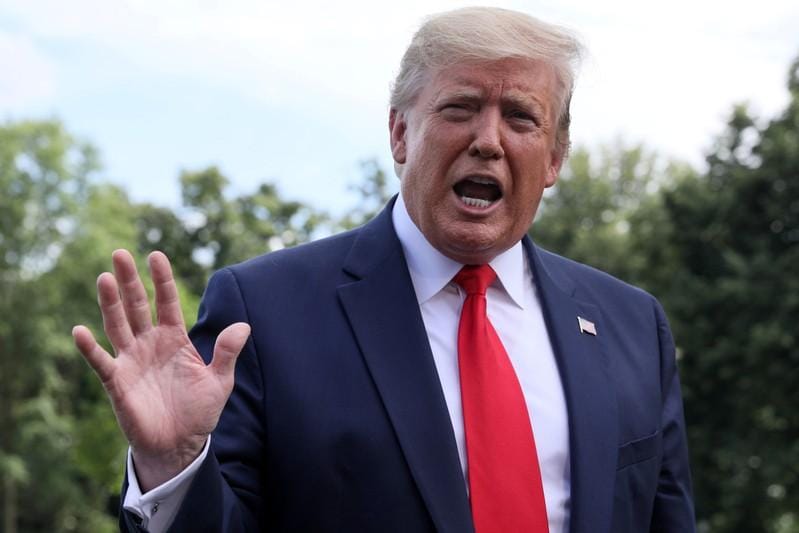 WASHINGTON (Reuters) - U.S. President Donald Trump repeated on Tuesday that immigration authorities would next week target migrants in the country illegally in large-scale arrests, but still gave no details about the planned action.

"They're going to start next week, and with people coming to our country, and they come in illegally - they have to go out," he told reporters at the White House before a trip to Florida where he will formally launch his re-election campaign. Trump also praised Mexico for action he said it has taken to stem the flow of immigrants to the United States.

Former officials and immigration experts said it would be unlikely for immigration authorities to move quickly to deport "millions" of people, but Trump's tweet on Monday saying as much put cities around the country on high alert.

Trump has made illegal immigration a centerpiece of his administration and is likely to highlight it in his campaign for the 2020 election, but so far he has not brought arrests and deportations up to levels seen in President Barack Obama's first term as resources are stretched by an influx of migrants at the Mexico border. Trump is fighting the battle on two fronts, trying to stop migrants from coming in the first place and deporting those who have been released into the United States.

In March, Immigration and Customs Enforcement (ICE) said arrests of immigrants in the interior of the United States dropped in the first quarter of the 2019 fiscal year, which began last October.

New York City's commissioner of immigrant affairs, Bitta Mostofi, said Trump's comments are “part and parcel of an agenda that is seeking to instill fear in immigrant communities that is hurting our ability to advance our city’s interests.” Mostofi said New York has increased resources for immigrant legal defense programs to respond to increased enforcement actions.

ICE said on Tuesday that it will continue to conduct "routine targeted enforcement operations" and referred questions about Trump's tweets to the White House.

Any increase in ICE arrests would require additional detention space for those arrested and processed before deportation.

As of June 8, ICE had almost 53,141 people in adult detention centers, much higher than the levels for which it is funded by Congress, which would put logistical brakes on the possible scale of any operation.

ICE's dedicated family detention centers are currently operating below capacity, however, with a population of 1,662 as of June 17.

Mexico has pledged to do more on illegal immigration, in order to stave of threatened U.S. tariffs on its goods.

"Mexico has been doing a very good job the last four days. ... I appreciate the job they're doing," Trump said.

"Guatemala, likewise is much different than it was under past administrations, so we'll see how that works out," he said.

Vice President Mike Pence suggested last week that Guatemala could receive asylum seekers from its neighbors as a safe third country agreement, which might force asylum seekers from other Central American countries to seek refuge there before applying in the United States.

Guatemala's interior minister, Enrique Degenhart, on Tuesday said there was no such agreement yet.

"We have not said we accept being a safe third country. ... We're in discussions to find a measure that suits both countries," Degenhart told reporters, saying he welcomed that the United States saw Guatemala as a "safe country."