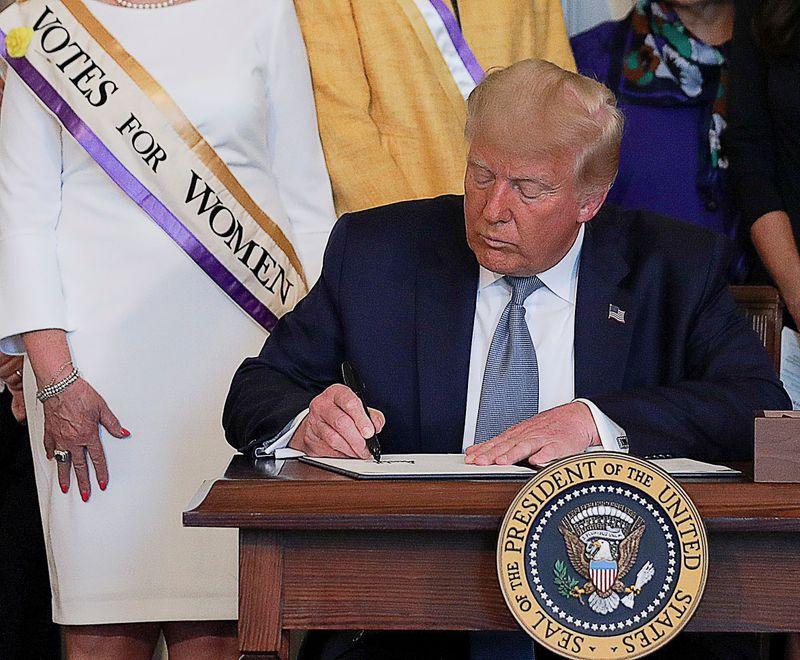 WASHINGTON (Reuters) - U.S. President Donald Trump said on Tuesday that he will posthumously pardon American social reformer and women's rights activist Susan B. Anthony who was fined in 1872 for voting illegally.

Speaking at a White House event to mark the 100th anniversary of ratification of the U.S. Constitution’s 19th Amendment granting women the right to vote, Trump said: "I will be signing a full and complete pardon of Susan B. Anthony. She was never pardoned."

Trump is facing a tough fight for re-election in November and has tried in recent weeks to appeal to women voters, especially those in the suburbs.

He said on Saturday he would consider pardoning Edward Snowden, who gave a trove of secret files in 2013 to news organizations that disclosed vast domestic and international surveillance operations carried out by the National Security Agency..

On Monday, he hinted that he would pardon a "very, very important" person, but added it would not be Snowden or former national security adviser Michael Flynn.

Last month, Trump used his presidential power to commute the sentence of longtime friend and adviser Roger Stone, who was convicted of lying under oath to lawmakers investigating Russian interference in the 2016 U.S. election.