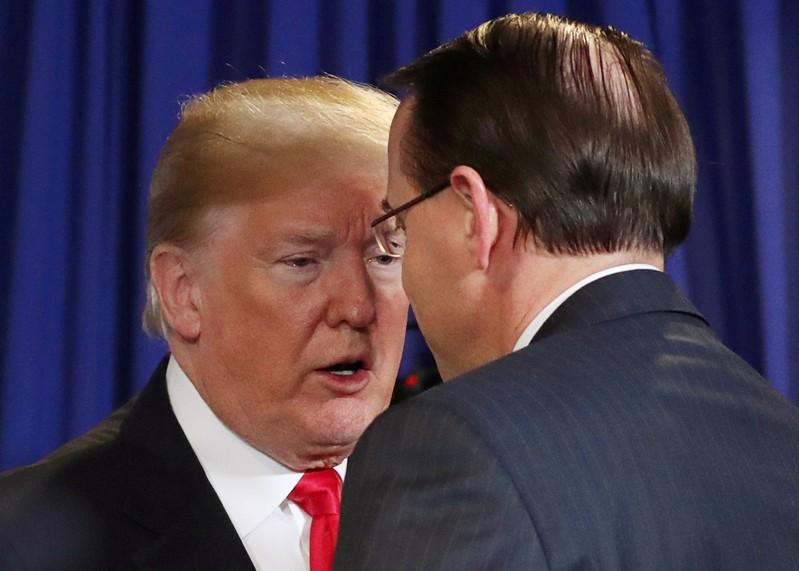 "I'm talking with him. We've had a good talk. He said he never said it. He said he doesn't believe. He said he has a lot of respect for me. And he was very nice. And we'll see," he said at a news conference, when asked if he would fire Rosenstein.

"My preference would be to keep him and to let him finish up," Trump said, without explaining what he would like Rosenstein to finish working on.

The White House on Monday announced Trump would meet with Rosenstein on Thursday after conflicting news media reports that Rosenstein would soon leave his post. But on Wednesday, Trump said he could delay the meeting for fear of distracting from a Senate hearing on Brett Kavanaugh, his nominee to join the Supreme Court.