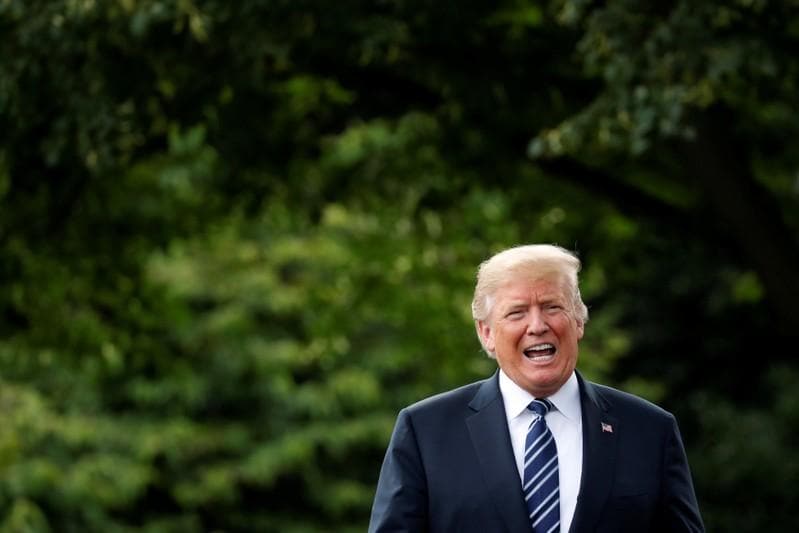 KANSAS CITY, Mo. (Reuters) - U.S. President Donald Trump said on Tuesday he hoped that the remains of American soldiers killed in the Korean war will be returned by North Korea soon.

"As you may know we're also working to bring back the remains of your brothers in arms who gave their lives to Korea and I hope that very soon these fallen warriors will begin coming home to lay at rest in American soil," he told a veterans group in Kansas City.