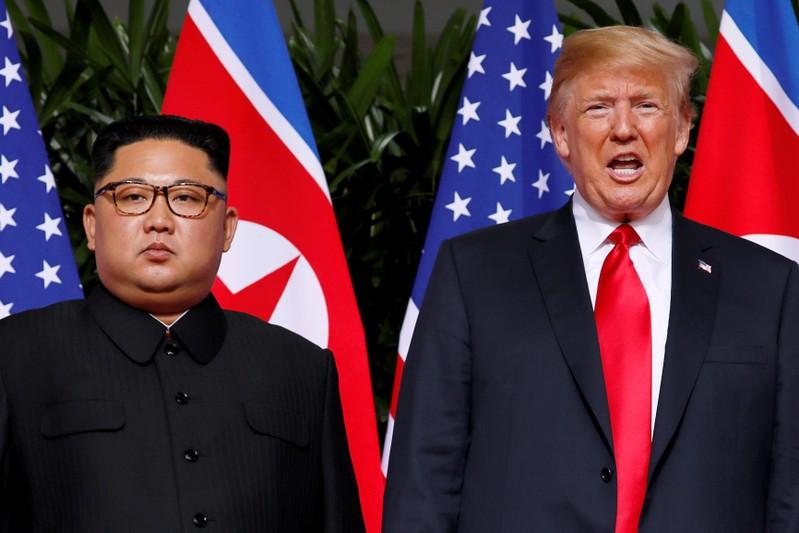 WASHINGTON (Reuters) - U.S. President Donald Trump said on Wednesday that he expects to meet with North Korean leader Kim Jong Un again after their planned summit next week in Hanoi.

Speaking at the White House, Trump said he would like to remove sanctions on North Korea, but that he needs to see Pyongyang make a move first on denuclearisation.

"I don't think this will be the last meeting by any chance," Trump said.

The United States has been demanding that North Korea give up its nuclear weapons program that threatens the United States. North Korea has been insisting on the lifting of U.S.-led sanctions, a formal end to the 1950-53 Korean War and security guarantees.

Trump has been eager for the Feb. 27-28 summit in Vietnam, even though a first meeting in Singapore in June produced only vague commitments from Kim and little concrete progress since.

"I think they want to do something. We’ll see what happens," Trump said, adding that he would need to see "meaningful" progress from the other side before making any changes to the U.S. sanctions.

On Tuesday, Trump had reiterated that he wants North Korea to end its nuclear program, but added that he is in no rush and had no pressing time schedule for Pyongyang.