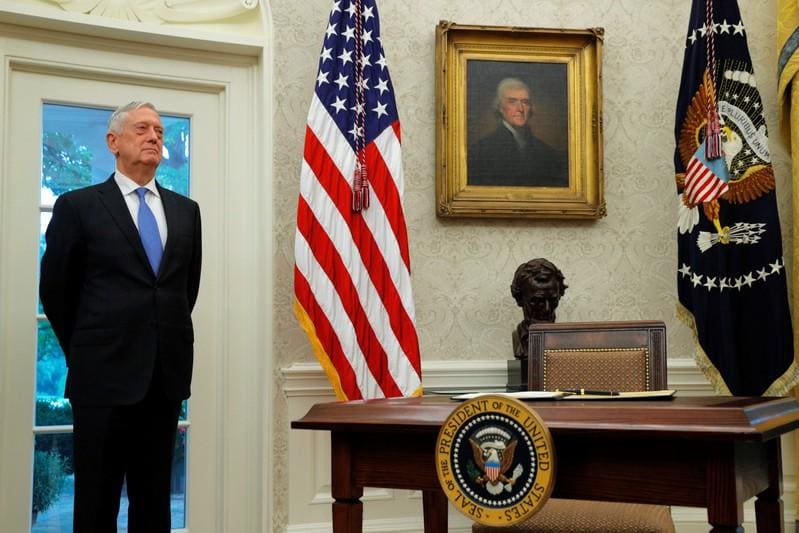 WASHINGTON (Reuters) - U.S. Defense Secretary Jim Mattis, a retired Marine Corps general who was known as a stabilising force in President Donald Trump's Cabinet, will leave his job at the end of February, Trump said in a tweet on Thursday.

The departure of Mattis had been anticipated since Trump announced on Wednesday that he was withdrawing U.S. troops from Syria despite opposition from U.S. allies and Trump's own top military officials.