WASHINGTON/BEIJING (Reuters) - U.S. President Donald Trump said on Twitter on Saturday that he had a 'long and very good call' with Chinese President Xi Jinping and that a possible trade deal between the United States and China was progressing well 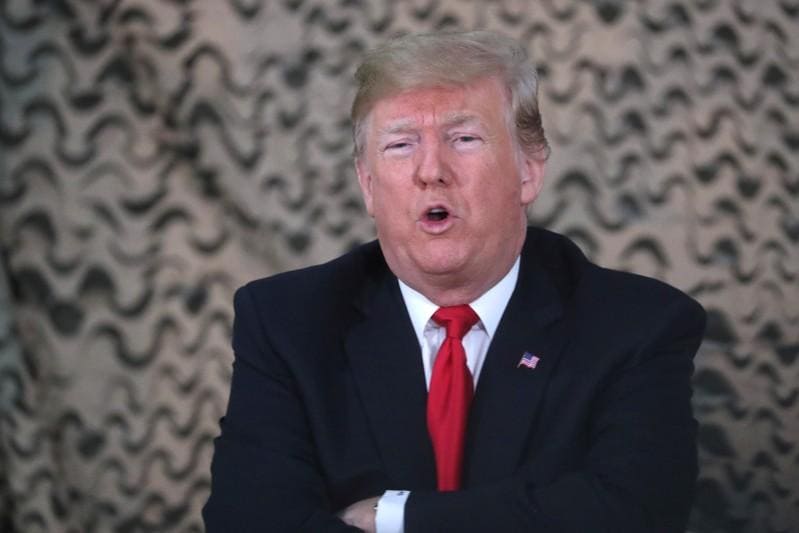 WASHINGTON/BEIJING (Reuters) - U.S. President Donald Trump said on Twitter on Saturday that he had a "long and very good call" with Chinese President Xi Jinping and that a possible trade deal between the United States and China was progressing well.

As a partial shutdown of the U.S. government entered its eighth day, with no quick end in sight, the Republican president was in Washington, sending out tweets attacking Democrats and talking up possibly improved relations with China.

The two nations have been in a trade war for much of 2018 that has seen the flow of hundreds of billions of dollars worth of goods between the world's two largest economies disrupted by tariffs.

Trump and Xi agreed to a ceasefire in the trade war, agreeing to hold off on imposing more tariffs for 90 days starting Dec. 1 while they negotiate a deal to end the dispute following months of escalating tensions.

"Just had a long and very good call with President Xi of China," Trump wrote. "Deal is moving along very well. If made, it will be very comprehensive, covering all subjects, areas and points of dispute. Big progress being made!"

Chinese state media also said Xi and Trump spoke on Saturday, and quoted Xi as saying that teams from both countries have been working to implement a consensus reached with Trump.

Chinese media also quoted Xi as saying that he hopes both sides can meet each other half way and reach an agreement that is mutually beneficial as soon as possible.

Having canceled his plans to travel to his estate in Florida for the holidays because of the government shutdown that started on Dec. 22, Trump tweeted, "I am in the White House waiting for the Democrats to come on over and make a deal."

The Republican-controlled Congress was closed for the weekend and few lawmakers were in the capital.

The shutdown, affecting about one-quarter of the federal government including 800,000 or so workers, began when funding for several agencies expired.

Congress must pass legislation to restore that funding, but has not done so due to a dispute over Trump's demand that the bill include $5 billion in taxpayer money to help pay for a wall he wants to build along the U.S.-Mexico border.