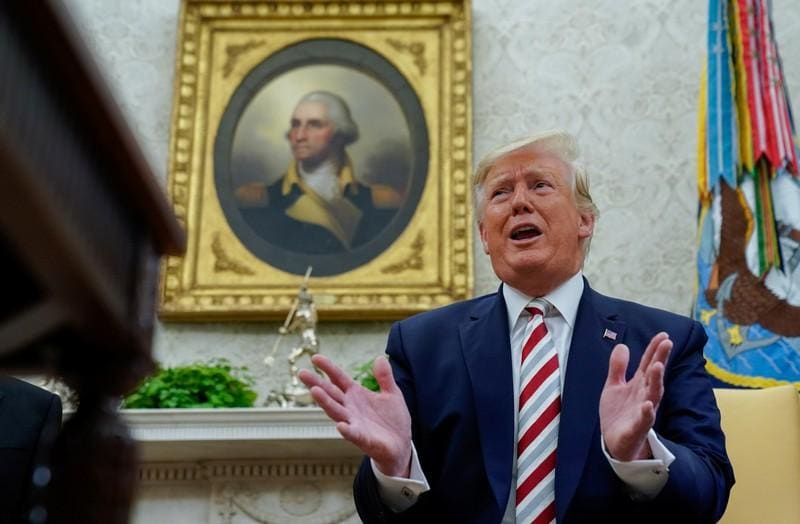 Speaking to reporters at the White House, Trump noted his Democratic predecessor, Barack Obama, had wanted Russia out of what used to be the G8.

"But I think it's much more appropriate to have Russia in. It should be the G8 because a lot of the things we talk about have to do with Russia," Trump said.

Russia was pushed out of the G8 in 2014 because of its annexation of Crimea from Ukraine.

It was not the first time Trump has floated the idea of Russia getting back together with the G7, which groups the United States, Germany, Japan, France, Britain, Italy and Canada.

In June 2018, Trump suggested Russia should attend a forthcoming G7 summit in Canada. A Kremlin spokesman seemed to reject the idea, saying Russia was focused on other formats.

Two days later, President Vladimir Putin said Russia did not choose the G7 and would be happy to host its members in Moscow.

Trump has periodically called for closer ties with Russia, although his administration’s policy has included strong sanctions against Moscow.