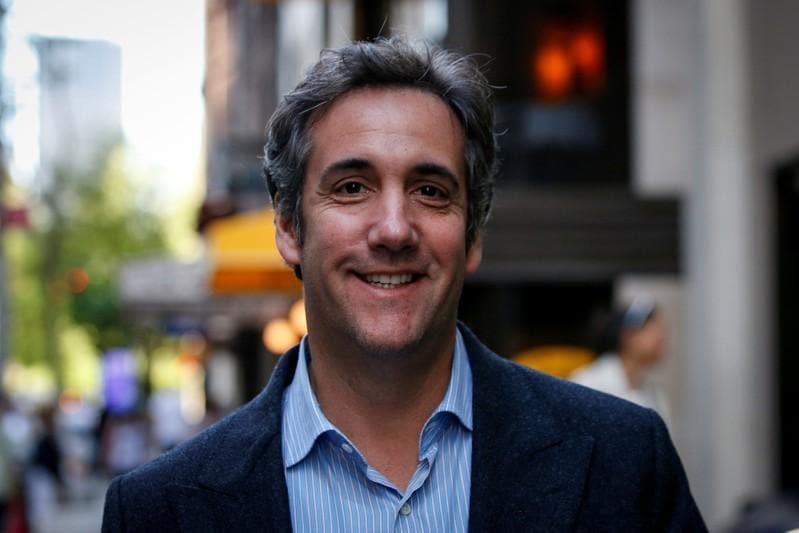 The disclosure, signed by Trump and released by the U.S. Office of Government Ethics, did not describe the purpose or the recipient of the original 2016 payment to a "third party" made by Cohen, for which he was reimbursed by Trump.

But Cohen has acknowledged paying Daniels, whose real name is Stephanie Clifford, in a transaction meant to buy her silence about an alleged 2006 sexual encounter between her and Trump.

Rudy Giuliani, who recently became the Republican president's new personal attorney, has said Trump reimbursed Cohen for the original, $130,000 payment, which was made shortly before Trump's victory in the Nov. 8, 2016 presidential election.

The ethics disclosure draws a clearer connection between Trump and Cohen and further underlines inconsistencies in descriptions provided by Trump and aides about the payments.

Trump had previously disputed whether he was aware of the payment by Cohen and whether he reimbursed his attorney. In April, Trump told reporters he did not know anything about the payment. His disclosure now suggests Trump repaid Cohen last year.

Trump, his campaign and Cohen have all denied any wrongdoing.

The acting director of the ethics office, David Apol, said in a letter to Deputy Attorney General Rod Rosenstein that the original payment made by Cohen should have been disclosed in ethics documents that Trump filed in June 2017. Apol's letter was released with the Trump disclosures.

The payment has been central to complaints filed by watchdog groups alleging that Trump, his campaign and Cohen violated campaign finance laws when Daniels was paid shortly before the election and then further broke the law when the payment was not disclosed in previous filings.

Ethics disclosures are an annual requirement for senior federal officials and are overseen by the ethics office, a government watchdog that provides oversight of an executive branch program to prevent and resolve conflicts of interest.

On May 2, Rudy Giuliani, the former New York mayor who joined Trump's personal legal team in April, said Trump had reimbursed Cohen for the payment.

Cohen has publicly acknowledged paying Daniels, saying he obtained the cash through a line of credit on his home. Daniels has sued to be released from the nondisclosure agreement.

In April, the FBI raided Cohen's offices and home as part of a criminal investigation, drawing Trump's ire.

Trump spends time and vacations at both clubs.

While Trump's annual ethics disclosure reveals information about his personal finances, it lacks details of the sort found in an income tax return. Unlike past presidents of both parties in recent decades, Trump has refused to release his tax returns.