WASHINGTON (Reuters) - Somali-born U.S. congresswoman Ilhan Omar is 'lucky to be where she is,' President Donald Trump said on Friday, pressing on with attacks on four minority women Democratic U.S. representatives he has said should 'go back' to where they came from 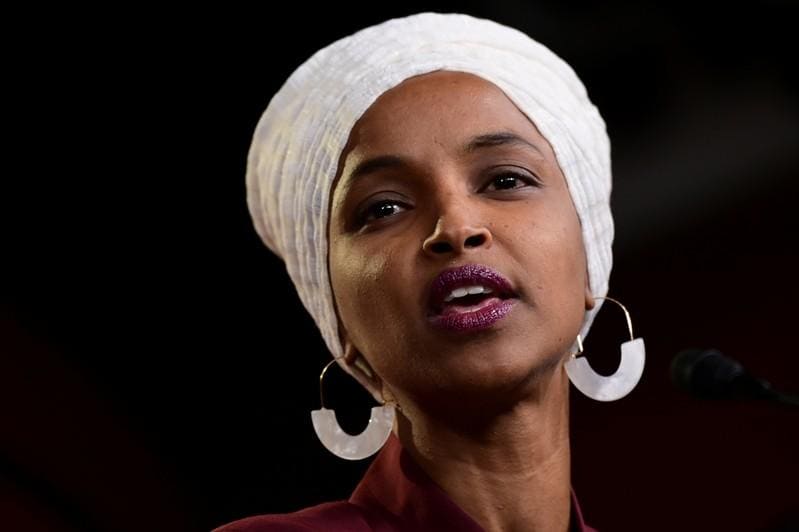 WASHINGTON (Reuters) - Somali-born U.S. congresswoman Ilhan Omar is "lucky to be where she is," President Donald Trump said on Friday, pressing on with attacks on four minority women Democratic U.S. representatives he has said should "go back" to where they came from.

Trump on Thursday sought to distance himself from supporters' chants of "send her back" at a rally where he blasted Omar, as his fellow Republicans worried the sharp rhetoric might become a theme of his 2020 re-election campaign.

"I'm unhappy when a congresswoman goes and says: 'I'm going to be the president's nightmare,'" Trump told reporter at the White House on Friday.

"She's lucky to be where she is, let me tell you, and the things that she has said are a disgrace to our country."

Trump said on Thursday he disagreed with the chant.

Trump's attacks on the four progressive congresswomen - known as "the squad" - have been viewed as an effort to divide Democrats, who won control of the House in 2018 and have the power to thwart his legislative agenda.

Omar, along with Representatives Alexandria Ocasio-Cortez, Rashida Tlaib and Ayanna Pressley, are known on Capitol Hill as "the squad" and are sharp critics of both Trump and the Democratic House leadership.

Ocasio-Cortez shot back with a tweet on Friday, saying the Republican Party "wants to send us back: Back towards injustice, Back to the denial of science, Back to the times when women needed permission slips from men, Back to racism - But we won’t go back."