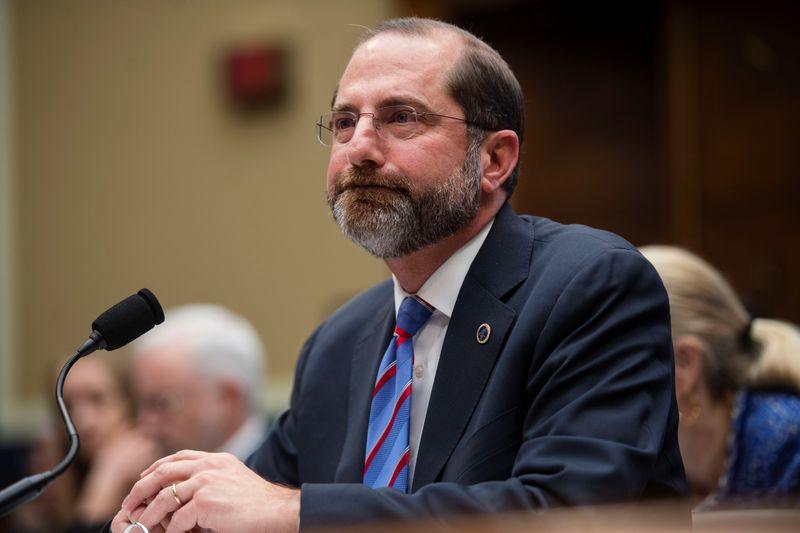 By Jeff Mason and Jonathan Allen

At a White House briefing with his coronavirus task force, Trump said public health officials were preparing to do "whatever we have to" to deal with the outbreak.

He said he would accept whatever amount of emergency spending Congress decided to allocate, and was not immediately considering travel restrictions to and from countries such as South Korea and Italy that are dealing with outbreaks.

"We're ready to adapt and we're ready to do whatever we have to as the disease spreads, if it spreads," he said, adding the spread of the virus in the United States was not "inevitable."

"It probably will, it possibly will. It could be at a very small level, or it could be at a larger level. Whatever happens we’re totally prepared," he said.

Dr. Anthony Fauci, the head of the National Institute of Allergy and Infections Diseases, said that while the virus was contained in the United States, Americans must prepare for a potential outbreak as transmissions spread outside of China.

"If we have a pandemic, then almost certainly we are going to get impacted," Fauci told CNN.

Officials at the U.S. Centers for Disease Control and Prevention (CDC) on Tuesday said the virus' global march had raised concern about its spread in the United States, though it remained unclear when that might happen or how severe it would be.

"We have to be alert to the possibility of a pandemic," Peter Marks, director of the Food and Drug Administration's Center for Biologics Evaluation and Research, said in an interview.

New York Mayor Bill de Blasio called on the federal government to help it obtain 300,000 extra protective masks. There were no confirmed cases of coronavirus in the city, he said.

Global stock markets have slumped in recent days due to worries over a prolonged disruption to supply chains and economies from the virus, which has infected about 80,000 people and killed nearly 3,000, mostly in China.

U.S. stocks turned lower in afternoon trading on Wednesday in a fresh wave of selling sparked by fears of the coronavirus spreading in the United States. The S&P 500 index fell for a fifth straight day and the Dow Jones Industrial Average <.DJI> ended down 123.77 points, or 0.46%. [.N]