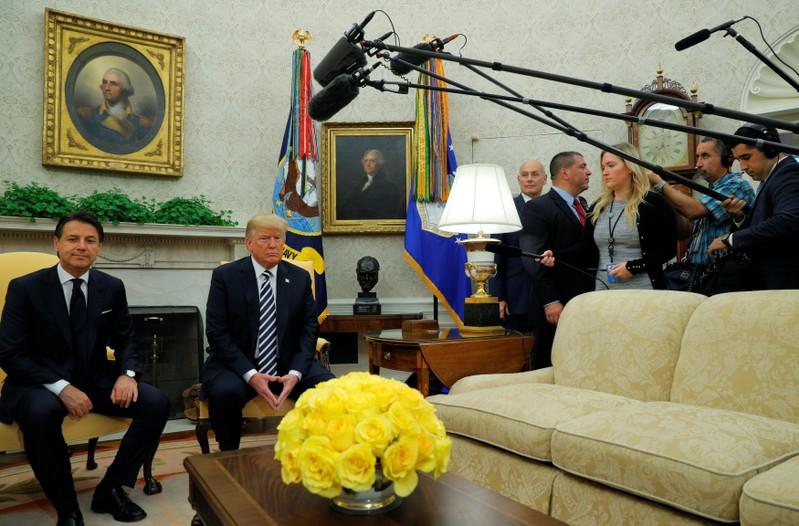 "I agree very much with what you are doing with respect to migration, and illegal immigration, and even legal immigration," Trump told Conte in the Oval Office. "He has taken a very firm stance on the border, a stance that few countries have taken. And frankly he is doing the right thing in my opinion."

Immigration was a major election issue after an influx of hundreds of thousands of mostly African asylum seekers. Italy has seen more than 650,000 migrants reach its shores since 2014.

Conte has said his government would end "the immigration business."

The new Italian government is looking to limit the number of migrants it lets into the country and has shut its ports to humanitarian rescue ships, saying it is bearing an unfair burden within the European Union for dealing with asylum seekers.