By David Shepardson WASHINGTON (Reuters) - U.S. Postmaster General Louis DeJoy on Tuesday suspended all mail service changes until after the November election, bowing to an outcry by Democrats that the moves appeared to be an attempt to boost President Donald Trump's re-election chances. The reversal follows complaints that the cuts could slow the handling of mail-in ballots, which could account for as many as half of all votes cast in the Nov. 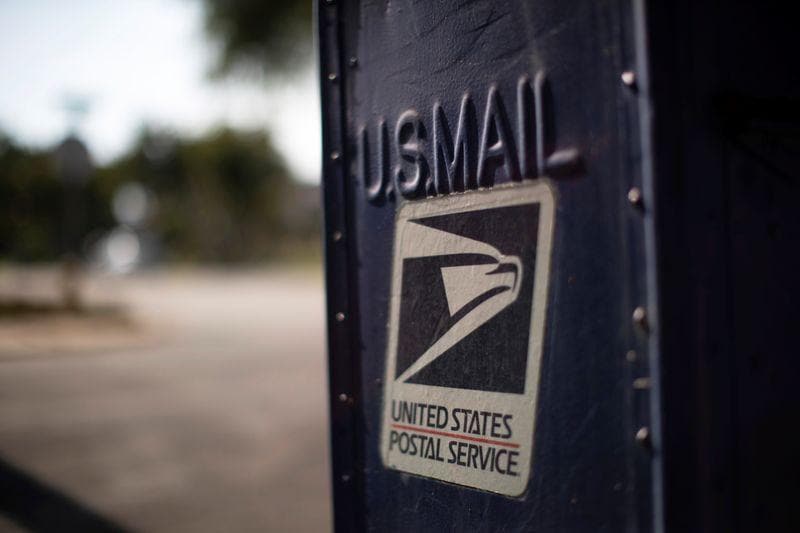 The reversal follows complaints that the cuts could slow the handling of mail-in ballots, which could account for as many as half of all votes cast in the Nov. 3 election as the coronavirus pandemic raises fears of crowds.

Trump has repeatedly and without evidence said that an increase in mail-in ballots would lead to a surge in fraud, although Americans have long voted by mail.

Planned changes to the mail service that threatened to slow mail delivery - and in some cases, already have - include reductions in overtime, restrictions on extra mail transportation trips, and new mail sorting and delivery policies, enacted in an attempt to cut costs.

"I am suspending these initiatives until after the election is concluded," DeJoy said in a statement, adding that the changes were to "avoid even the appearance of any impact on election mail."

Reuters reported news of the suspension first on Tuesday.

The White House distanced itself from the controversy.

"No, I was not involved," Trump said when asked if he had any involvement in the decision not to go forward with the changes at this time. He spoke to reporters in Yuma, Arizona, where he was visiting a border barrier.

U.S. House of Representatives Speaker Nancy Pelosi called DeJoy's announcement inadequate and said she would push ahead with legislation later this week to aid the Postal Service.

"This pause only halts a limited number of the postmaster's changes, does not reverse damage already done, and alone is not enough to ensure voters will not be disenfranchised by the president" in the election, Pelosi said in a statement.

"The House will be moving ahead with our vote this Saturday," she said. The legislation is expected to contain provisions to prevent the post office from reducing service levels below what they were in January.

DeJoy, a major political donor and ally of Trump, assumed the job in June. His recent operational changes had brought widespread criticism.

Mark Dimondstein, president of the American Postal Workers Union, praised "the postmaster's reversal of these policies" but added that the Postal Service was still "in immediate need of $25 billion in COVID-related financial relief."

The coronavirus pandemic has placed increased pressure on the already ailing Postal Service as it gears up to handle increased volume from the anticipated surge in mail-in ballots in November.

Trump said last week he was against Democratic efforts to include funds for the Postal Service and election infrastructure in coronavirus relief legislation because he wanted to limit mail-in voting during the pandemic.

The president kept up his attack on mail voting on Tuesday, speculating that delayed results could mean that the election would need to be held a second time.

One in four ballots in 2016 was cast by mail and Trump himself votes that way.

Multiple Democrats and union officials welcomed the news but said they were holding out for proof that DeJoy would take the actions he promised.

Senate Democratic leader Chuck Schumer said in a statement that he had demanded that DeJoy provide a written document specifying the changes he is rescinding, along with "an explicit confirmation that all election mail will continue to be treated as First Class priority."

In a complaint filed in federal court, Washington and 13 other U.S. states accused DeJoy of ignoring congressionally mandated procedures by imposing "transformative" changes at the Postal Service.

"Voting by mail is safe and promotes no partisan advantage," the complaint said. "The states are entitled to a declaration that the 'transformative' changes are unlawful."

Several congressional Republicans this week had dismissed Democrats' concerns as a political attack on Trump.

The reversal followed a lengthy call by the postal board of governors on Monday night, two people briefed on the matter said. They said the board told DeJoy to focus only on election integrity between now and Election Day, not operational changes.

DeJoy is scheduled to testify on Friday before a Republican-led Senate committee, and before a Democratic-led House committee on Monday.