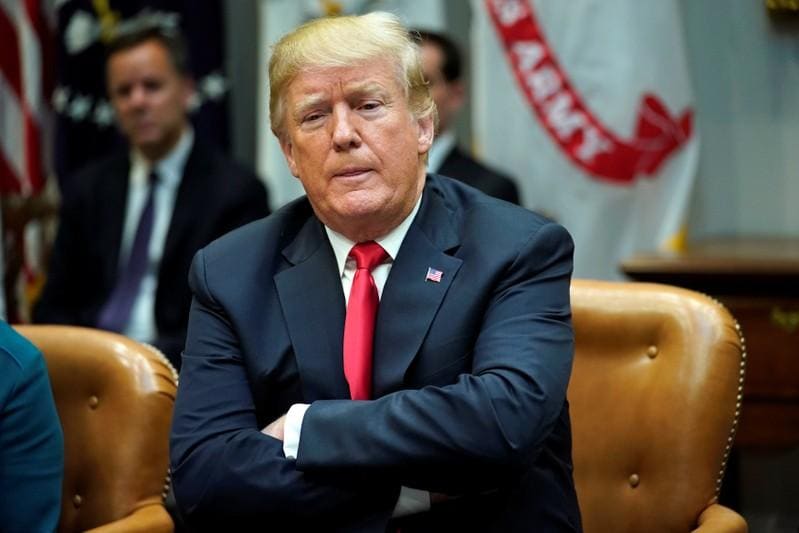 Among the documents Trump ordered the Justice Department and the director of national intelligence to make public are 20 additional pages of FBI surveillance warrant applications related to his former campaign adviser Carter Page.

Trump fired Comey in May 2017, originally saying that he fired him over the Russia probe, and then this past May contradicting that and saying that the firing was not "because of the phony Russia investigation." McCabe was fired in March by Attorney General Jeff Sessions.

Trump's demands mark his latest effort to turn up the heat on the Justice Department, whom he and his Republican allies have accused of running a tainted probe into Russian interference in the 2016 U.S. presidential election.

Democrats say that Trump and his allies are politicizing a law enforcement investigation in order to protect the White House.

A spokeswoman for the FBI declined to comment on Trump's directive.

But one source familiar with the process, speaking on condition of anonymity, said neither the Justice Department nor the FBI had any idea how the declassification process was supposed to work in this case - suggesting Trump's order had taken them by surprise.

"President Trump, in a clear abuse of power, has decided to intervene in a pending law enforcement investigation by ordering the selective release of materials he believes are helpful to his defence team and thinks will advance a false narrative," Schiff said.

"With respect to some of these materials, I have been previously informed by the FBI and Justice Department that they would consider their release a red line that must not be crossed as they may compromise sources and methods," Schiff said.

Republican Representative Matt Gaetz praised the directive. "These documents will reveal to the American people some of the systemic corruption and bias that took place at the highest levels of the DOJ and FBI, including using the tools of our intelligence community for partisan political ends," he said.

The material involving Page amounts to 412 pages of documents comprising an October 2016 bureau application to the secretive Foreign Intelligence Surveillance Court for a warrant to monitor Page’s communications for three months, and applications to extend the monitoring for three subsequent 90-day periods. All four applications were approved.

Parts of the material were first declassified and released by the FBI on July 21.

In the original application, the FBI said it believed that "Page has been collaborating and conspiring with the Russian Government."

In a June hearing, some Republican House members shouted at Deputy Attorney General Rod Rosenstein, who oversees Special Counsel Robert Mueller's Russia probe, and accused him of withholding documents related to the investigation into whether Trump's campaign colluded with Russia.

Trump has denied colluding and Russia has denied meddling, though all of U.S. intelligence agencies agree Russia interfered in the election.