Trump may withdraw troops from Somalia as part of global pullback

By Phil Stewart and Katharine Houreld WASHINGTON/NAIROBI (Reuters) - President Donald Trump may withdraw nearly all U.S. troops from Somalia as part of a global pullback that includes reductions of forces in Afghanistan and Iraq, U.S. 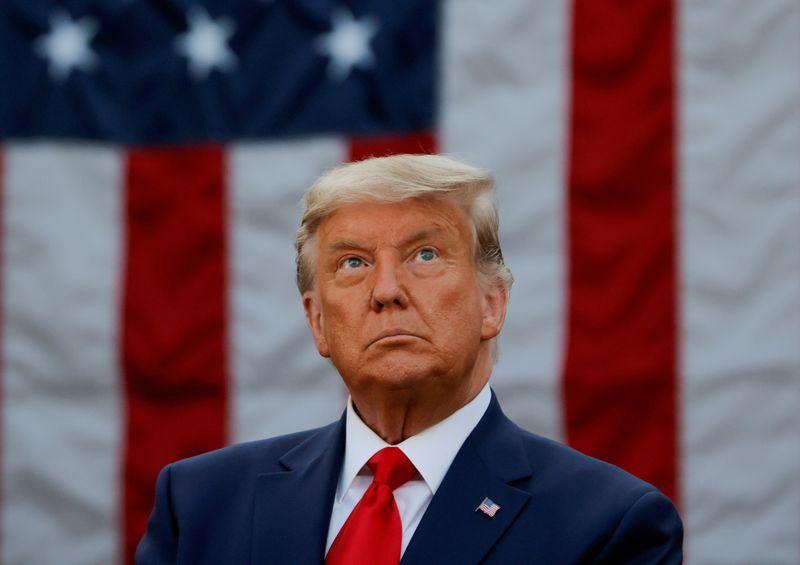 By Phil Stewart and Katharine Houreld

WASHINGTON/NAIROBI (Reuters) - President Donald Trump may withdraw nearly all U.S. troops from Somalia as part of a global pullback that includes reductions of forces in Afghanistan and Iraq, U.S. officials said on Tuesday.

The officials, who spoke on condition of anonymity, said nothing had been finalized and that no orders for Somalia have been received by the U.S. military. But there appeared to be a growing expectation that drawdown orders would be coming soon.

The Pentagon on Tuesday announced that Trump will reduce U.S. forces in Afghanistan from 4,500 to 2,500 by Jan. 15, just five days before his term ends, and cut U.S. forces in Iraq by 500 to the same level.

The United States has about 700 troops in Somalia focused on helping local forces defeat the al Qaeda-linked al Shabaab insurgency. The mission receives little attention in the United States but is considered a cornerstone of the Pentagon's global efforts to combat al Qaeda.

Trump's newly-installed acting Defense Secretary Christopher Miller, a former Green Beret and counterterrorism official, is taking a hard look at Somalia and could opt for keeping a minimal presence there and stop relying on large deployments to combat al Shabaab.

Nathan Sales, the State Department's counterterrorism coordinator, on Tuesday declined to discuss plans for U.S. forces in Somalia. But he noted al Shabaab poses a danger to East Africa's security and that the group has staged attacks in Kenya.

"Al Shabaab continues to pose a significant threat inside Somalia and increasingly in the region," Sales told reporters while announcing the blacklisting of two of the group's leaders.

"The United States take seriously our responsibilities to use what tools are available to us to rollback, degrade, and defeat this dangerous terrorist group."

Colonel Ahmed Abdullahi Sheikh, who served for three years as the commander of the Danab special forces until 2019, said any decision to pull back would not be based on the counterterrorism threat in Somalia but could undermine trust in the United States.

"This is being dictated by politics," he said.

The United States already pulled out of Somalia's Bossaso and Galkayo around three weeks ago. They remain in the southern port city of Kismayo, a special forces airbase in Baledogle and in the capital Mogadishu, but a rapid pullout risks ceding ground to al Shabaab, Sheikh said.

"It would create a vacuum. The Somali security forces have good morale because of the U.S. troops … there's the possibility of air support if they are attacked, they can have medevacs," Sheikh said.

Somalia has been riven by civil war since 1991, but over the past decade the African Union-backed peacekeeping force has clawed back control of the capital and large swathes of the country from al Shabaab.