Trump may back off plan for foreign aid cuts, to decide within week

By Patricia Zengerle WASHINGTON (Reuters) - U.S. President Donald Trump said on Tuesday he was considering scaling back an effort that could have cut billions of dollars in foreign aid and would decide on the proposal - which faces strong opposition in Congress - within days 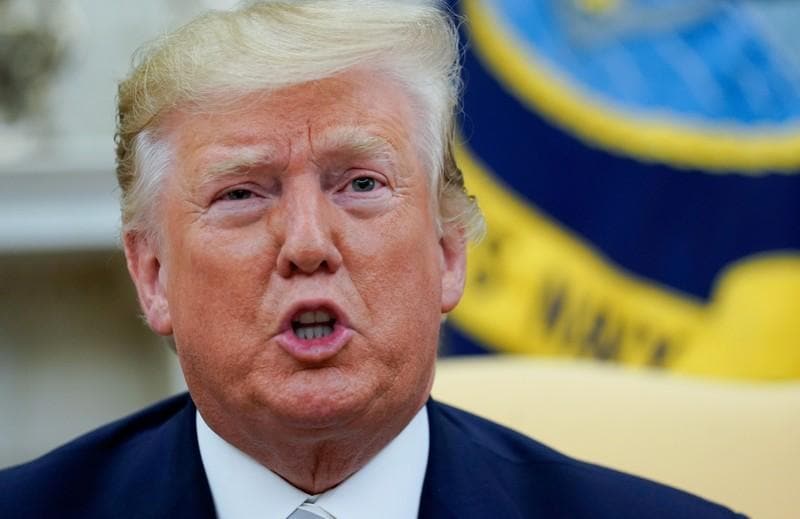 WASHINGTON (Reuters) - U.S. President Donald Trump said on Tuesday he was considering scaling back an effort that could have cut billions of dollars in foreign aid and would decide on the proposal - which faces strong opposition in Congress - within days.

Trump administration officials have said they are reviewing State Department and U.S. Agency for International Development spending with an eye to using a budget process known as "rescission to slash up to $4.3 billion in spending that had already been approved by the Senate and House of Representatives.

He said "certain things" could be cut, but others might not be. "But we are looking at it and we have some things that are on the table very much. We'll let you know over the next probably sooner than a week," Trump said.

Many members of Congress, including some of Trump's fellow Republicans as well as Democrats, have called on the administration to cancel, or pare back, its plans. The administration also tried to use rescissions to cut foreign aid last year, but lawmakers thwarted that plan.

Opponents say the plan - developed within weeks of Trump signing a two-year budget deal into law - could imperil lawmakers' future willingness to negotiate spending deals with the White House.

Nancy Pelosi, the Democratic speaker of the House of Representatives, wrote to Treasury Secretary Steve Mnuchin on Friday citing the Government Accountability Office's finding that such a use of rescissions was not legal.

Many sources said they expected the issue would end up in court if Trump pressed ahead with it instead of working with Congress.

Sources familiar with administration discussions said Trump's team was divided over the spending plan. Senior officials had said last week they expected it to be sent to Congress on Tuesday, or no later than Wednesday.

According to the sources, Secretary of State Mike Pompeo and USAID Director Mark Green were among administration officials urging Trump to drastically pare back the rescission plan. Mick Mulvaney, the director of the Office of Management and Budget, was among those pushing for the cuts.

Opponents of the plan argued that funding programs that fight poverty, empower women, support education and promote global health - which account for less than 1 percent of the U.S. budget - are worthwhile investments that save on security costs in the long run.

More than 90 non-governmental organizations signed a letter sent to congressional leaders on Monday urging Congress to end the administration's repeated efforts to use rescissions to cut congressionally approved aid funds.

Many who object to the plan also say Trump's use of the rescission loophole is an effort to sidestep Congress' power, spelled out in the U.S. Constitution, to determine how money is spent.

Administration officials had said the proposed cuts would not affect efforts championed by those closest to Trump, including his daughter Ivanka's Women's Global Development and Prosperity Initiative and Vice President Mike Pence's "religious freedom" programs intended to protect Christians, Yazidis and other members of religious minorities in the Middle East.