Trump impeachment: What happens next? 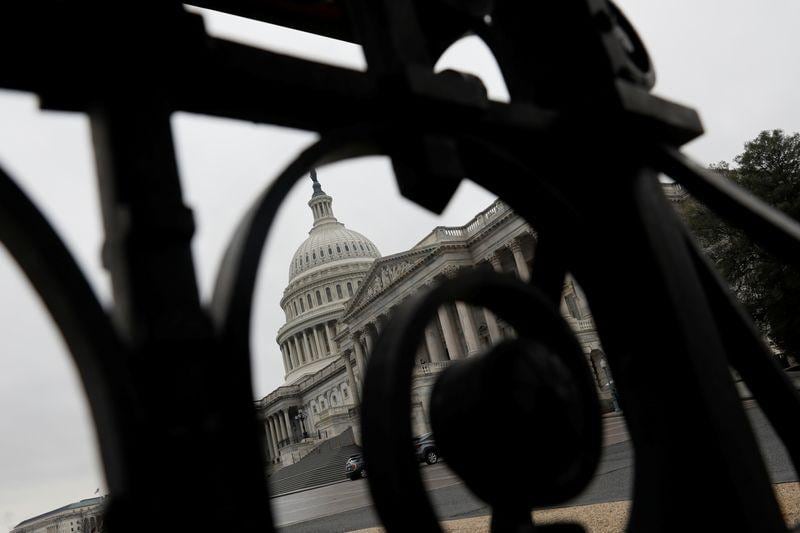 SAN FRANCISCO (Reuters) - U.S. House Democrats have unveiled two articles of impeachment on Tuesday, charging President Donald Trump with abuse of power and obstruction of Congress in his dealings with Ukraine and the Democratic-led impeachment inquiry that followed.

The move sets in motion a process that will probably move toa trial in the U.S. Senate.

Here is what will likely happen in coming days:

The House Judiciary Committee will meet at 7 p.m. (0000 GMT)on Wednesday and continue on Thursday morning to debate thearticles that Democrats have brought forward and vote on whetherto recommend them to the full House of Representatives for afinal impeachment vote. The vote is expected on Thursday.

The House would be expected to vote on the charges, possiblyafter holding a daylong debate that could involve all 431 of itscurrent legislators. If the full House voted to approve thearticles, Trump would become only the third president in U.S.history to be impeached. He would remain in office, however,pending a trial in the Senate.

If the impeachment is approved, the House would selectlawmakers known as managers to present the case against Trump ata Senate trial. House Democrats say most of the managers arelikely to come from the Judiciary Committee, and possibly fromthe Intelligence Committee that led the investigation.

Trump would face a trial in the Senate to determine whetherhe should be convicted and ousted from office. The Senate iscontrolled by Trump's fellow Republicans, who have shown littlesign they will find him guilty. A two-thirds majority of thosepresent in the 100-member chamber would be needed to convictTrump.

U.S. Chief Justice John Roberts would preside over thetrial, House managers would present their case against Trump andthe president's legal team would respond, with the senatorsacting as jurors. A trial could involve testimony from witnessesand a grueling schedule in which proceedings occur six days aweek for as many as six weeks.

Senate Majority Leader Mitch McConnell said on Tuesday amajority of the Senate could go with a shorter option by votingon the articles of impeachment after opening arguments, withoutwitnesses.