By Phil Stewart and Idrees Ali WASHINGTON (Reuters) - U.S. President Donald Trump said on Monday that he had 'terminated' Defense Secretary Mark Esper, appearing to use his final months in office after his election defeat to settle scores within his administration 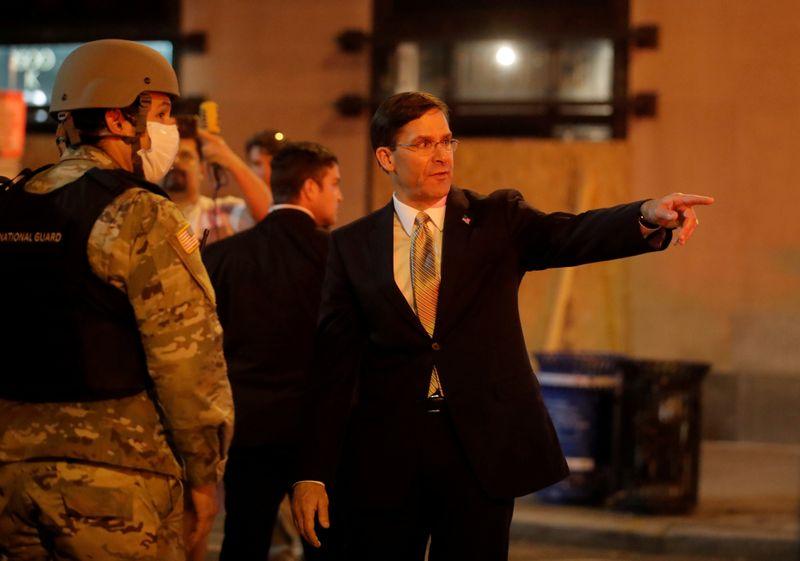 WASHINGTON (Reuters) - U.S. President Donald Trump said on Monday that he had "terminated" Defense Secretary Mark Esper, appearing to use his final months in office after his election defeat to settle scores within his administration.

Trump split with Esper over a range of issues and was particularly angered by Esper's public opposition to Trump's threats to use active duty military forces this summer to suppress street protests over racial injustice after police killed George Floyd in Minneapolis.

Trump said on Twitter that Christopher Miller, director of the National Counterterrorism Center, was taking over as acting secretary of defense. The Senate would be highly unlikely to confirm a new nominee before Trump leaves office in January.

"Mark Esper has been terminated," Trump said in a tweet, adding that Miller would be acting secretary "effective immediately."

A U.S. defense official, speaking on condition of anonymity, said White House Chief of Staff Mark Meadows called Esper to alert him that Trump would be firing him through Twitter.

Sources said Esper had long been preparing for his resignation or dismissal following last week's election, particularly if Trump were to win a second term in office. Trump, a Republican, has steadfastly refused to acknowledge his election loss to President-elect Joe Biden, a Democrat.

"Dismissing politically appointed national security leaders during a transition is a destabilizing move that will only embolden our adversaries and put our country at greater risk," Smith said.

As Trump put into motion a quick, unceremonious exit for Esper, Miller arrived at the Pentagon building just an hour or so after Trump's announcement -- before the Pentagon itself had even issued a statement acknowledging Esper's dismissal.

It was unclear if Esper was still in the building at the time Miller arrived.

Trump has had an uneasy relationship with the Pentagon, where Esper and top brass have repeatedly sought to avoid being seen as a political instrument of the Trump administration.

Esper's predecessor, Jim Mattis, quit in 2018 over policy differences with Trump, including on Syria. Mattis in June criticized Trump as the "first president in my lifetime who does not try to unite the American people - does not even pretend to try. Instead he tries to divide us."

Like Mattis, Esper also disagreed with Trump's dismissive attitude toward the NATO alliance and was wary of Trump's inclination to see U.S. military alliances through an explicitly transactional lens even as he backed Trump's calls for allies to increase defense spending, sources said.