By Steve Holland WASHINGTON (Reuters) - U.S. President Donald Trump scheduled a 5 p.m. EDT/2100 GMT news conference on Tuesday that will be related to Hong Kong and China, two administration officials said, as Trump and his administration adopt an increasingly tough stance on Beijing 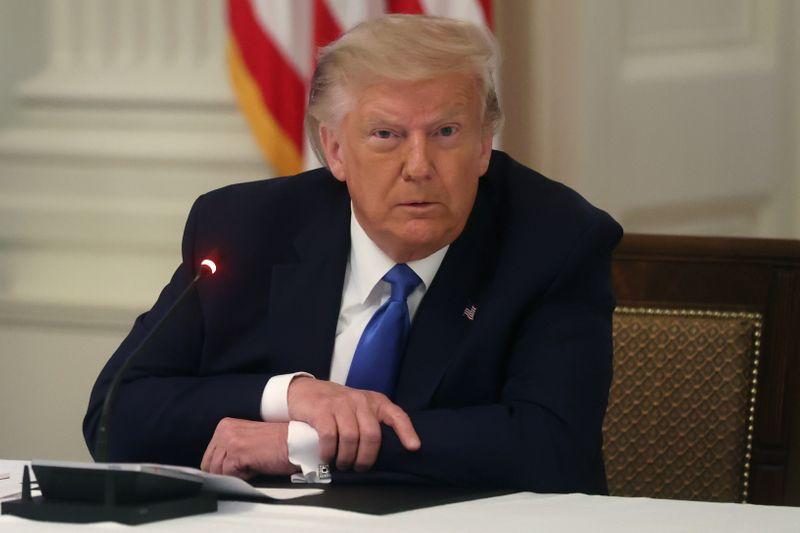 WASHINGTON (Reuters) - U.S. President Donald Trump scheduled a 5 p.m. EDT/2100 GMT news conference on Tuesday that will be related to Hong Kong and China, two administration officials said, as Trump and his administration adopt an increasingly tough stance on Beijing.

Tuesday is the deadline for the president to sign legislation approved by the U.S. Congress to penalise banks doing business with Chinese officials who implement Beijing’s draconian new national security law on Hong Kong.

The officials, speaking on condition of anonymity, would not say whether Trump would use the Rose Garden news conference to sign the legislation.

Trump and Secretary of State Mike Pompeo, who were having lunch together at the White House Tuesday, have blamed China for the spread of the coronavirus pandemic - which China denies - and have criticized Beijing for passing a new national security law for Hong Kong. The former British colony was returned to Chinese rule in 1997 with a law protecting freedoms of speech, assembly and the press until 2047.

The legislation awaiting Trump's signature calls for sanctions on Chinese officials and others who help violate Hong Kong’s autonomy, and financial institutions that do business with those who are found to have participated in any crackdown on the city.

Trump, who faces a tough battle for re-election on Nov. 3 and whose handling of the pandemic has drawn lukewarm support from Americans, told reporters on Air Force One on Friday that a "phase two" trade deal with China was in doubt because of its handling of the virus.

Pompeo on Monday was sharply critical of China's military buildup in the South China Sea, saying Beijing has offered no coherent legal basis for its ambitions there and that it has been bullying its neighbours.

“The world will not allow Beijing to treat the South China Sea as its maritime empire,” Pompeo said.

Trump's national security adviser, Robert O'Brien, is in Paris this week for talks with European officials about China and its telecom firm Huawei, amid Western concerns that Huawei's technology poses a threat to national security.