By Pete Schroeder and Steve Holland WASHINGTON (Reuters) - President Donald Trump is expected to sign a memorandum on federal housing finance reform on Wednesday, according to a White House official, which is expected to order further study into reforming mortgage guarantors Fannie Mae and Freddie Mac. 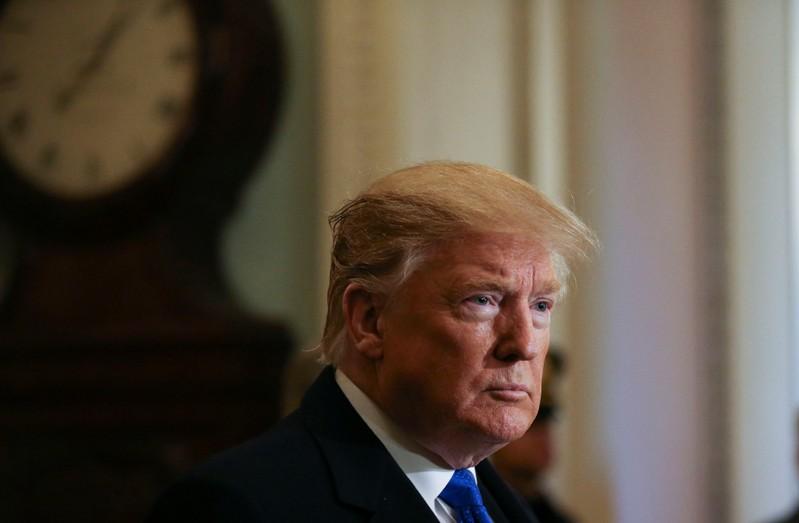 By Pete Schroeder and Steve Holland

WASHINGTON (Reuters) - President Donald Trump is expected to sign a memorandum on federal housing finance reform on Wednesday, according to a White House official, which is expected to order further study into reforming mortgage guarantors Fannie Mae and Freddie Mac.

In January, the White House said it was preparing a framework for an overhaul that "fully addresses the risks to taxpayers presented by the current housing finance system."

The memorandum could add momentum to the administration's efforts to overhaul Fannie Mae and Freddie Mac , which it has identified as a top priority. The two government-sponsored enterprises have remained under a government conservatorship since 2008, when the two faced collapse during the subprime mortgage crisis.

Congress and government officials have struggled for years to move on from that federal takeover, in which the two enterprises pass profits to the Treasury Department in exchange for an explicit government backstop. Between the two, they back more than half of the nation's mortgages.

Lawmakers have failed to come up with a fix to their outsized presence in the U.S. housing market, despite multiple efforts in last decade. On the day Trump is expected to sign the memorandum, the Senate Banking Committee is holding a hearing on housing finance, soliciting input from experts on a potential path forward.

Mark Calabria, the president's nominee to head the Federal Housing Finance Agency, which oversees Fannie and Freddie, is expected to play a critical role in any reform effort. Calabria, currently Vice President Mike Pence's chief economist, had previously been a staunch critic of Fannie and Freddie when he worked at a libertarian think tank.

As a nominee, Calabria told lawmakers he would follow Congress's intent in overseeing the entities, and said he wants to preserve the 30-year mortgage, after questioning the need for it in the past.

The Senate Banking Committee approved Calabria's nomination in February, and he is waiting for the full Senate to confirm him to the post.

The FHFA is currently being led by an acting director, Joseph Otting, who is also Trump's Comptroller of the Currency.

Under the conservatorship, the enterprises have paid the Treasury $292 billion in dividends since the takeover, after receiving $191 billion in government support, according to research from Keefe, Bruyette & Woods.