By Valerie Volcovici (Reuters) - The Environmental Protection Agency on Thursday said it will not ban the use of the pesticide chlorpyrifos, which has been linked to health issues in children, from use on U.S.-grown fruits and vegetables. The agency denied the petition by a dozen environmental groups, led by Earthjustice, to ban the pesticide. They said studies show that exposures to the pesticide is liked to low birth weight, reduced IQ, attention disorders and other issues in infants and children 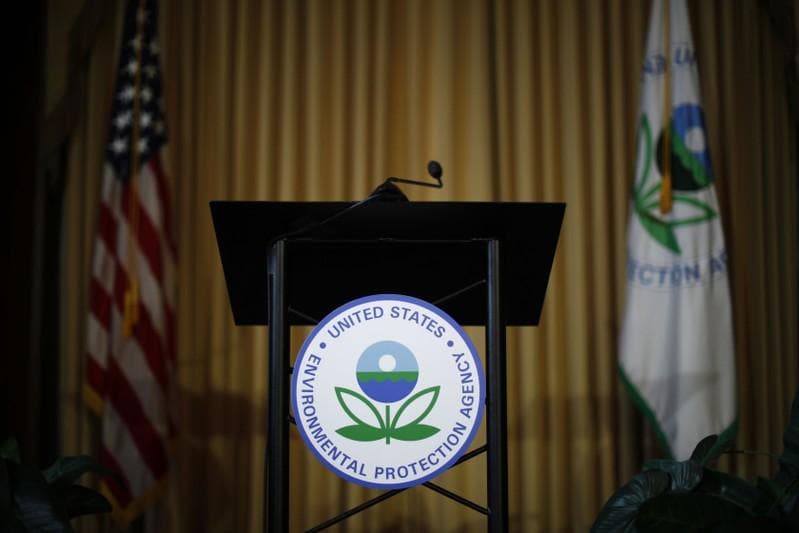 (Reuters) - The Environmental Protection Agency on Thursday said it will not ban the use of the pesticide chlorpyrifos, which has been linked to health issues in children, from use on U.S.-grown fruits and vegetables.

The agency denied the petition by a dozen environmental groups, led by Earthjustice, to ban the pesticide. They said studies show that exposures to the pesticide is liked to low birth weight, reduced IQ, attention disorders and other issues in infants and children.

The Obama administration's EPA had banned the use of chlorpyrifos in 2015 after it decided it could not be certain whether exposure to the chemical in food and water would be harmful. But Trump's first EPA administrator, Scott Pruitt, reversed that decision in 2017, prompting an ongoing legal battle.

In April, the federal Ninth Circuit Court of Appeals ruled that the EPA had until mid-July to decide whether to reverse Pruitt’s overturn of the ban on chlorpyrifos.

The pesticide is made by Corteva Agriscience, formerly part of DowDuPont. "We are committed to working with the Agency as it seeks to make an accurate assessment and, if necessary, reduce potential exposures, while also ensuring that growers for whom chlorpyrifos is a critical tool can continue to use the product safely," said Gregg Schmidt, a spokeman for the firm, in an email to Reuters.

In its denial order submitted to the court, the EPA's assistant administrator for chemicals said the agency denied all of the objections listed by the environmental groups and said there was not enough evidence to link exposure to chlorpyrifos to children's health issues.

"After reviewing the objections, EPA has determined that the objections related to Petition claims regarding neurodevelopmental toxicity must be denied because the objections and the underlying Petition are not supported by valid, complete, and reliable evidence sufficient to meet the Petitioners’ burden," wrote Alexandra Dapolito Dunn, assistant administrator for chemical safety.

The denial also said that chlorpyrifos is "currently the only cost-effective choice for control of certain insect pests."

The environmental groups said on Thursday they will continue to fight the decision until chlorpyrifos is banned.

“Every day we go without a ban, children and farmworkers are eating, drinking and breathing a pesticide linked to intellectual and learning disabilities and poisonings,” the groups said in a joint statement.

“If the Trump administration had followed the advice of its scientists, chlorpyrifos likely would not be in the food and milk kids eat and drink today,” he said.