By Sarah N. Lynch WASHINGTON (Reuters) - President Donald Trump commuted Roger Stone's sentence on Friday, just days before his longtime friend and adviser was due to report to prison, the White House announced. 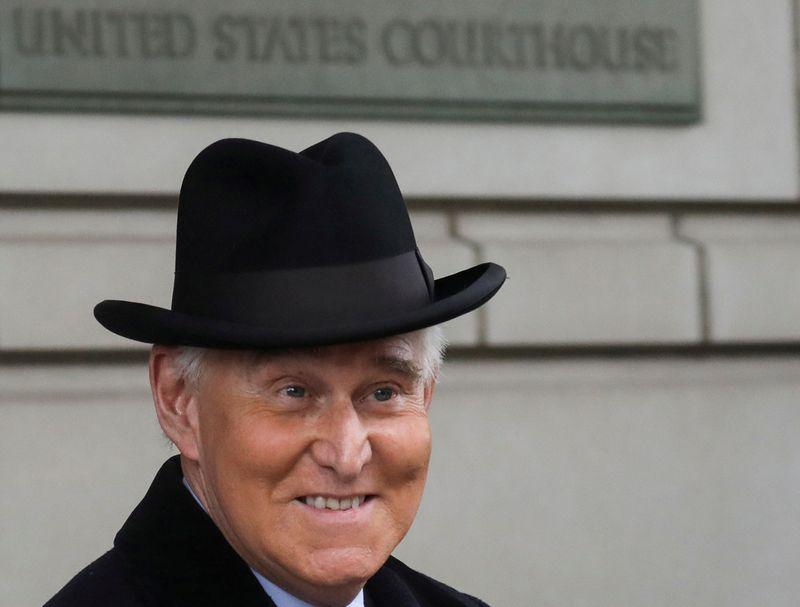 WASHINGTON (Reuters) - President Donald Trump commuted Roger Stone's sentence on Friday, just days before his longtime friend and adviser was due to report to prison, the White House announced.

"Roger Stone has already suffered greatly," the White House said in a statement. "He was treated very unfairly, as were many others in this case. Roger Stone is now a free man!"

Stone, 67, was scheduled to report by Tuesday to a federal prison in Jesup, Georgia, to begin serving a sentence of three years and four months for lying under oath to U.S. lawmakers investigating Russian interference in the 2016 U.S. election.

Trump has been discussing with advisers the possibility of commuting Stone's sentence, the source said, speaking on condition of anonymity.

Asked by reporters earlier on Friday about reports he planned to pardon Stone, Trump said, "I'll be looking at it. I think Roger Stone was very unfairly treated, as were many people."

A commutation does not erase a criminal conviction as a pardon does.

Late on Friday, the U.S. Appeals Court for the District of Columbia denied Stone's request for a delay in reporting to prison.

Trump's decision to commute Stone's sentence marks his most assertive intervention to protect an associate in a criminal case and the latest use of executive clemency to benefit an ally.

A Washington jury in November 2019 convicted Stone on all seven criminal counts of obstruction of a congressional investigation, five counts of making false statements to Congress and tampering with a witness.

Stone was convicted for lying to the House of Representatives Intelligence Committee about his attempts to contact WikiLeaks, the website that released damaging emails about Trump's 2016 Democratic election rival Hillary Clinton that U.S. intelligence officials have concluded were stolen by Russian hackers.

(Reporting by Steve Holland and Sarah N. Lynch; Editing by Will Dunham and Sonya Hepinstall)