By Makini Brice and Jan Wolfe WASHINGTON (Reuters) - U.S. President Donald Trump's campaign on Monday told a federal appeals court it would seek to halt the 'effect' of Pennsylvania's likely certification of the Nov 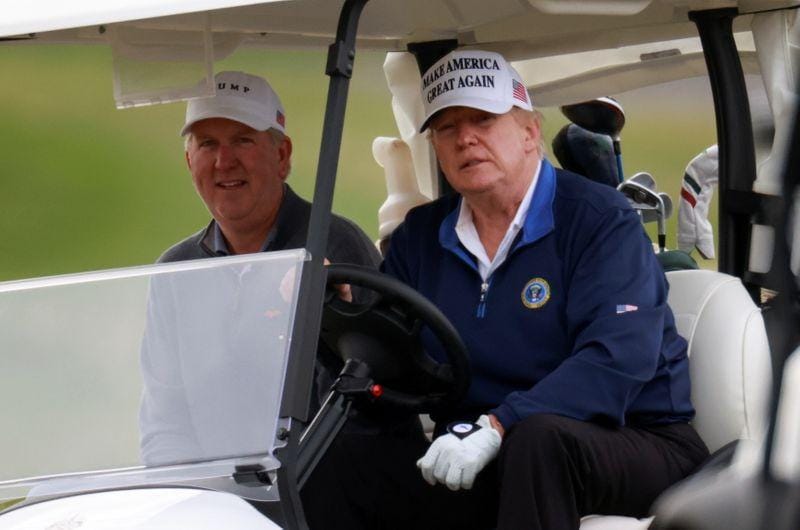 By Makini Brice and Jan Wolfe

WASHINGTON (Reuters) - U.S. President Donald Trump's campaign on Monday told a federal appeals court it would seek to halt the "effect" of Pennsylvania's likely certification of the Nov. 3 election results, after a lower court paved the way to certify President-elect Joe Biden as the winner.

"This action is of nationwide importance because of the consequences of flawed election processes in the election for the President of the United States in the Commonwealth, which could turn the election in favor of either candidate," lawyers for the campaign wrote in a court filing to the 3rd Circuit U.S. Court of Appeals.

Pennsylvania was expected to send its county results to its top election official for certification on Monday.

Under Pennsylvania law, the candidate who wins the popular vote is awarded all of the state's electoral college votes. Biden received 51% of the vote in Pennsylvania and 81,000 more votes than Trump.

The campaign is appealing part of a decision from the U.S. District Court for the Middle District of Pennsylvania.

U.S. District Judge Matthew Brann, in his ruling, said the case was based on "strained legal arguments" and that he had "no authority to take away the right to vote of even a single person, let alone millions of citizens."

Brann also denied the campaign's request to add claims to its lawsuit, including an allegation that its due process rights were violated.

The Trump campaign's appeal is focused on the narrow question of whether Brann improperly refused to let them amend their lawsuit a second time.