By Brendan Pierson NEW YORK (Reuters) - A U.S. judge in New York on Wednesday ruled that President Donald Trump may not legally block Twitter users from his account on the social media platform based on their political views. 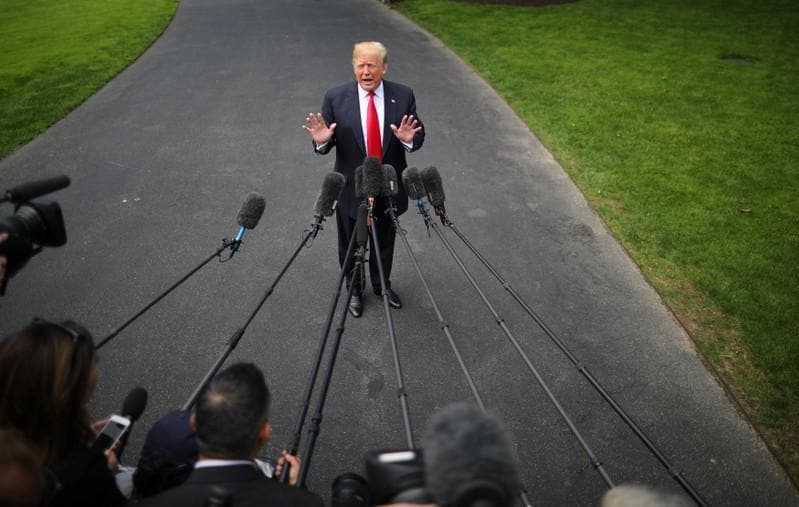 NEW YORK (Reuters) - A U.S. judge in New York on Wednesday ruled that President Donald Trump may not legally block Twitter users from his account on the social media platform based on their political views.

Trump has made his @RealDonaldTrump Twitter account an integral and controversial part of his presidency, using it to promote his agenda, announce policy and attack critics. He has blocked many critics from his account, which prevents them from directly responding to his tweets.

U.S. District Judge Naomi Reice Buchwald in Manhattan ruled that comments on the president's account, and those of other government officials, were public forums, and that blocking Twitter users for their views violated their right to free speech under the First Amendment of Constitution.

Eugene Volokh, a University of California Los Angeles School of Law professor who specializes in First Amendment issues, said the decision’s effect would reach beyond Trump.

“It would end up applying to a wide range of government officials throughout the country,” he said.

The U.S. Department of Justice, which represents Trump in the case, said, "We respectfully disagree with the court’s decision and are considering our next steps."

Buchwald's ruling was in response to a First Amendment lawsuit filed against Trump in July by the Knight First Amendment Institute at Columbia University and several Twitter users.

The individual plaintiffs in the lawsuit include Philip Cohen, a sociology professor at the University of Maryland; Holly Figueroa, described in the complaint as a political organizer and songwriter in Washington state; and Brandon Neely, a Texas police officer.

Novelists Stephen King and Anne Rice, comedian Rosie O'Donnell, model Chrissy Teigen, actress Marina Sirtis and the military veterans political action committee VoteVets.org are among those who have said on Twitter that Trump blocked them.

Buchwald rejected the argument by Justice Department lawyers that Trump's own First Amendment rights allowed him to block people with whom he did not wish to interact.

She said Trump could "mute" users, meaning he would not see their tweets while they could still respond to his, without violating their free speech rights.

Buchwald stopped short of ordering Trump to unblock users. Trump had argued that the court did not have the power to issue a direct order against the president.

The judge said she disagreed, but that there was no need to get into a "legal thicket" over the issue because she assumed Trump or his social media director Dan Scavino, who also was a defendant in the case, would unblock the users in light of her decision.