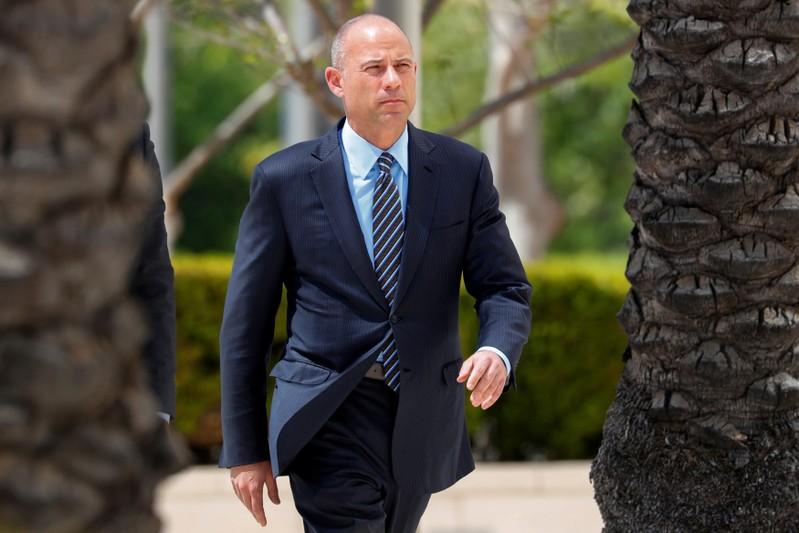 Prosecutors in Manhattan accused Avenatti, 48, of stealing about $300,000 from Daniels, the client who made him famous, to fund an extravagant lifestyle including a Ferrari automobile, after helping her secure a book contract.

The Nike indictment concerns charges announced in March that Avenatti tried to embezzle more than $20 million from the athletic wear company by threatening to expose what he called its improper payments to recruits for college basketball teams it sponsored.

Avenatti also faces dozens of charges in southern California, where prosecutors on April 11 accused him of stealing millions of dollars from clients to pay for personal and business expenses, and lying to the Internal Revenue Service and a Mississippi bank about his finances.

If convicted on all charges, Avenatti could face more than 400 years in prison, but would likely face a lesser punishment.

Nike has denied wrongdoing, and assisted prosecutors prior to Avenatti's arrest.

Avenatti has maintained his innocence and said the earlier prosecutions were to punish him for representing Daniels and criticizing Trump.

Daniels, whose real name is Stephanie Clifford, received hush money to keep quiet about an affair she claimed to have had with Trump in 2006. The president has denied having had sex with Daniels.

"I look forward to a jury hearing all of the evidence and passing judgment on my conduct," Avenatti wrote on Twitter after the indictments were announced.

"At no time was any money misappropriated or mishandled. I will be fully exonerated once the relevant emails, contracts, text messages, and documents are presented."

He later said in an email that Daniels had received "millions of dollars worth of legal services."

Prosecutors said Avenatti diverted two $148,750 instalment payments from Daniels' $800,000 book advance, after sending her literary agent a letter that forged her signature, and directed that money be sent to his bank account.

Daniels is identified in court papers as "Victim-1." A person familiar with the matter who was not authorized to speak publicly confirmed her identity.

According to the papers, Avenatti spent some of the diverted funds on lease payments for the Ferrari, hotels, airfare, restaurant meals, car service and business expenses.

Prosecutors said Avenatti eventually paid $148,750 to Daniels after obtaining the money from another source, but lied when she asked where the second payment was by telling her the publisher "owes me a payment" and that he was "on it."

Daniels has not received that payment, prosecutors said. She dropped Avenatti as her lawyer earlier this year.

"Michael Avenatti abused and violated the core duty of an attorney--the duty to his client," U.S. Attorney Geoffrey Berman, who announced Wednesday's indictments, said in a statement.

"Far from zealously representing his client, Avenatti, as alleged, instead engaged in outright deception and theft, victimizing rather than advocating for his client," Berman added.

The charges related to Daniels include one count of wire fraud and one count of aggravated identity theft, and carry a maximum combined penalty of 22 years in prison.

Cohen is two weeks into his three-year prison term after pleading guilty to campaign finance violations, including the hush money payment.

Avenatti became a familiar face on cable news channels as his stature grew, and flirted last year with a 2020 White House run. He has had a lower profile since being charged.