By Jan Wolfe and Andrea Shalal WASHINGTON (Reuters) - President Donald Trump on Wednesday asked the U.S. Supreme Court to let him join a long-shot lawsuit by Texas seeking to overturn his election loss by throwing out the voting results in four states, litigation that also drew support from 17 other states. 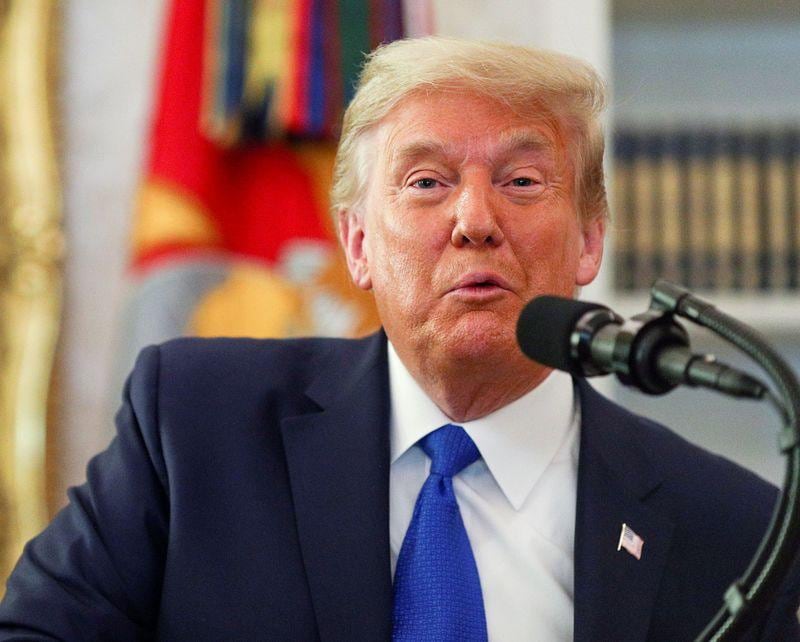 By Jan Wolfe and Andrea Shalal

WASHINGTON (Reuters) - President Donald Trump on Wednesday asked the U.S. Supreme Court to let him join a long-shot lawsuit by Texas seeking to overturn his election loss by throwing out the voting results in four states, litigation that also drew support from 17 other states.

In a court filing, Trump asked to intervene in the Texas lawsuit, the latest litigation to try to undo Democratic President-elect Joe Biden's victory over the Republican incumbent in the Nov. 3 election. In a separate brief, lawyers for 17 states led by Missouri's Republican Attorney General Eric Schmitt also urged the nine justices to hear the case.

Efforts in the courts on behalf of Trump challenging the election results so far have failed.

The lawsuit, announced on Tuesday by the Republican attorney general of Texas Ken Paxton, targeted four states that Trump lost to Biden after winning them in the 2016 election. Trump has falsely claimed he won re-election and has made baseless allegations of widespread voting fraud. Election officials at the state level have said they have found no evidence of such fraud.

Writing on Twitter earlier on Wednesday, Trump said, "We will be INTERVENING in the Texas (plus many other states) case. This is the big one. Our Country needs a victory!"

"Both procedurally and substantively, it's a mess," Justin Levitt, an election law professor at Loyola Law School in California, said of the Texas lawsuit. "There's zero chance the court agrees to take the case."

Officials from Georgia, Michigan, Pennsylvania and Wisconsin have called the lawsuit a reckless attack on democracy. It was filed directly with the Supreme Court rather than with a lower court, as is permitted for certain litigation between states.

The Texas suit argued that changes made by the four states to voting procedures amid the coronavirus pandemic to expand mail-in voting were unlawful. Texas asked the Supreme Court to immediately block the four states from using the voting results to appoint presidential electors to the Electoral College.

(Reporting by Andrea Shalal and Jan Wolfe; Editing by Tim Ahmann and Will Dunham)