By Mark Hosenball WASHINGTON (Reuters) - President Donald Trump's son-in-law and adviser Jared Kushner on Thursday appeared at a closed door meeting of the U.S. Senate Intelligence Committee for the second time, four congressional sources said. It was not known what topics were discussed with Kushner, who is involved in developing an Israeli-Palestinian peace plan and has helped forged closer U.S. 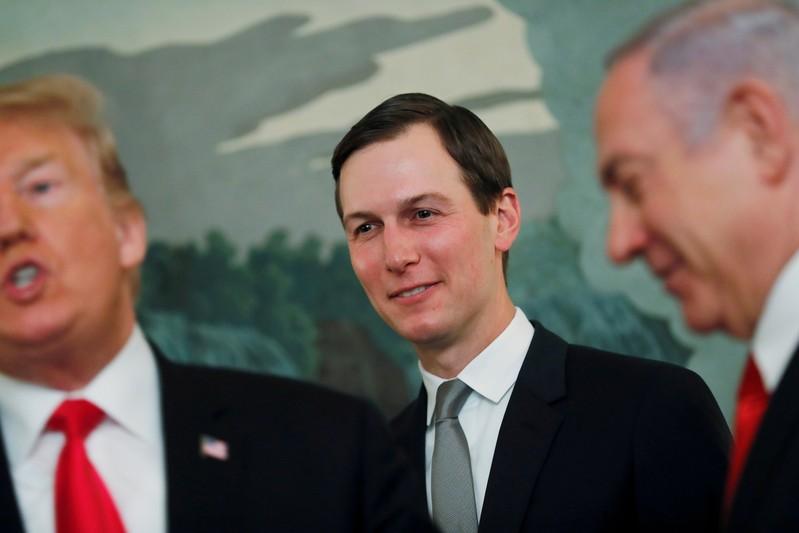 It was not known what topics were discussed with Kushner, who is involved in developing an Israeli-Palestinian peace plan and has helped forged closer U.S. ties with Saudi Arabia. The committee has been conducting a largely bipartisan investigation of suspected Russian interference in the 2016 U.S. election and the nature of contacts between Trump campaign members and Russian officials, including Kushner.

A spokesman for Kushner's lawyer Abbe Lowell did not immediately respond to a request for comment.

Committee investigators are working on a five-chapter final report on Russian political activities targeted at the United States and American responses to them. Russia denies interfering in the election. U.S. intelligence agencies concluded that Moscow meddled to undermine the U.S. democratic process and help Trump get elected.

U.S. Attorney General William Barr on Sunday released his four-page summary of Special Counsel Robert Mueller's report on a 22-month investigation into Russian interference in 2016. Barr said Mueller did not establish that Trump's campaign colluded with Russia in the campaign.

Specific topics upon which Republican and Democrat investigators on the Senate Intelligence Committee agree include investigative findings on the security of U.S. election systems, the political impact of social media, and examinations of how U.S. spy and law enforcement agencies responded to suspected Russian activities both before and after the election.

The committee also is working on final assessments of whether there was collusion between Republican Trump and his campaign and Russians. But on this issue Republicans' and Democrats' assessments diverge, with the political rivals agreeing there is a lack of direct evidence of collusion, but Democrats saying there is ample circumstantial evidence to support such a finding.

The U.S. House of Representatives Intelligence Committee on the other hand is bitterly divided. Republican members of the panel opened a session on Thursday on Russian meddling with an attack on Democratic chairman Adam Schiff. They said all nine Republican members had signed a letter asking him to resign because of his criticism of the president's 2016 campaign and Russia.