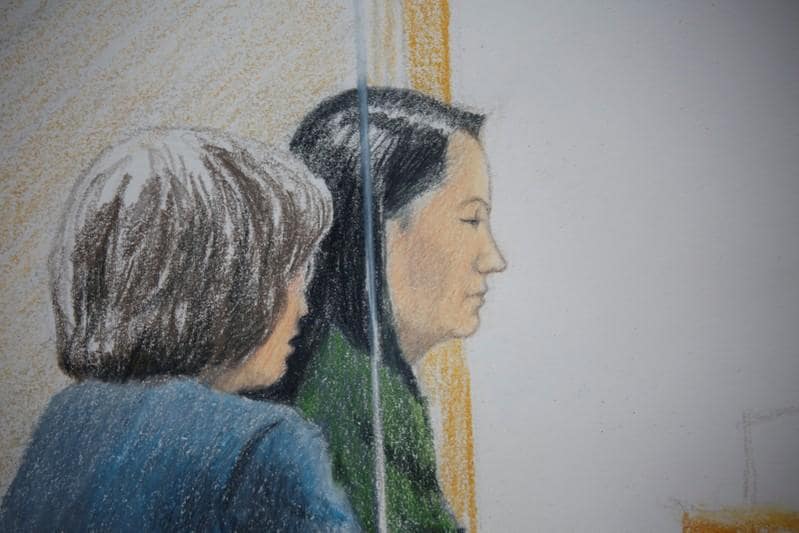 WASHINGTON (Reuters) - Advisers to U.S. President Donald Trump have told him his options are limited in the legal case of a Huawei Technologies Co executive fighting extradition to the United States and they suggested he stay out of the matter, the Wall Street Journal reported on Thursday.

Trump told Reuters on Tuesday he would intervene with the Justice Department in the case against Huawei Chief Financial Officer Meng Wanzhou if it would help secure a trade deal with Beijing.

The president was told by advisers that Meng's arrest in Canada was a Justice Department matter and that the White House should stay out of it for now, the Journal reported, citing a person familiar with the matter.

Reuters did not immediately confirm the Journal report.

Huawei and its lawyers have said it operates in strict compliance with applicable laws, and is confident that both the Canadian and U.S. legal systems "will reach a just conclusion".

Trump has made overhauling U.S. trade relationships a top priority for his administration, currently in the middle of a 90-day negotiation with China over a trade deal largely focused on technology and information. He has already taken a tough stance on what he considers China's unfair trade policies, slapping billions of dollars of tariffs on imports of its technology and other goods and threatening to go even further if a deal cannot be reached.