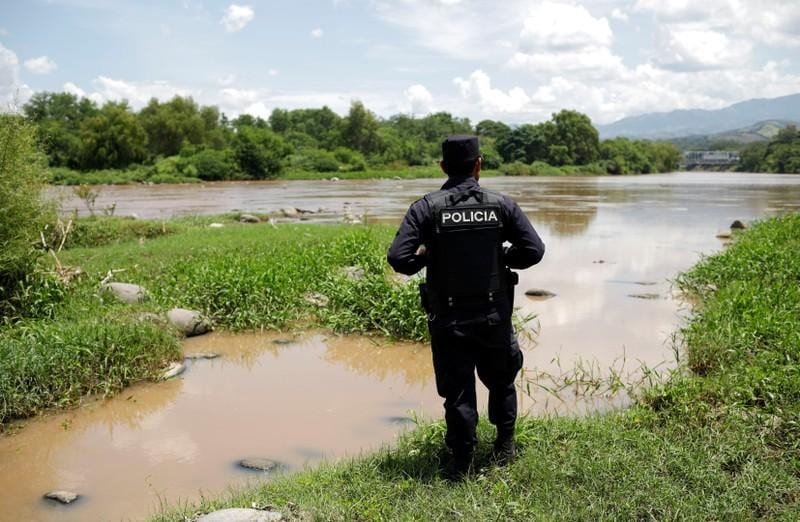 WASHINGTON (Reuters) - The Trump administration has begun an effort to send some asylum seekers encountered at the U.S.-Mexico border to Guatemala, a move that promises to transform the U.S. asylum system, according to three officials briefed on the initiative and related training materials.

The programme initially will be applied at a U.S. Border Patrol station in El Paso, Texas. The first phase will target adults from Honduras and El Salvador and the aim will be to process them within 72 hours, according to the three officials and notes from a training session of U.S. Citizenship and Immigration Services (USCIS) asylum officers taken by one of the officials.

Federal immigration authorities interviewed one migrant through the new process on Tuesday and two more on Wednesday morning, the officials said. The officials did not know when the first flights to Guatemala would take place.

The agency outlined the guidelines in a training session at a USCIS office in Arlington, Virginia, on Tuesday, according to the officials. The guidelines were first reported by BuzzFeed News.

The initiative will begin in a pilot status, with 10 to 15 people processed each day. U.S. Customs and Border Protection (CBP) agents will decide who will be placed in the programme, the officials said.

USCIS did not respond to a request for comment on the programme or on the details of the training.

The new effort began after the administration of Republican President Donald Trump brokered an agreement with the Guatemalan government in July. The deal will allow U.S. immigration officials to force migrants requesting asylum at the U.S.-Mexican border to apply for asylum in Guatemala first.

Democrats and pro-migrant groups have opposed the move and contend asylum seekers will face danger in Guatemala, where the murder rate is five times that of the United States, according to 2017 data compiled by the World Bank. Guatemalan President-elect Alejandro Giammattei, who takes office in January, has said he will review the agreement.

Trump has made cracking down on immigration a central issue of his 2020 re-election campaign. His administration has worked to restrict asylum access in the United States in an effort to curb the number of mostly Central American families arriving at the U.S.-Mexico border.

Trump and his top officials have argued that most migrants travel to the United States for economic reasons and lack valid claims to protection.

While the asylum agreement with Guatemala will start slowly, the Trump administration intends to make few exceptions.

Federal immigration officials have been instructed not to apply the programme to unaccompanied children, migrants with valid U.S. travel documents, or cases of public interest, the USCIS officials and documents said.

Exemptions on the basis of public interest - including cases that could draw media scrutiny - will need approval from USCIS headquarters. Such cases are seen as highly unlikely, according to notes taken by one of the attendees of Tuesday's training and shared with Reuters.

The programme is not supposed to separate spouses and families. However, migrants with same-sex marriages or common law marriages could be processed as single adults if they come from a country that does not recognise such marriages, according to the officials and the notes.

The Guatemala deal is one of a number of recent changes to the U.S. asylum system.

The administration also launched an initiative in January that has forced nearly 59,000 migrants to wait in Mexico for their U.S. immigration court hearings, under a programme known as the Migrant Protection Protocols (MPP).

A separate regulation that the Supreme Court allowed to go into effect in September bars most migrants from seeking asylum in the United States if they travelled through another country during their journey to the border with Mexico.

Border officials will determine whether migrants are subjected to the process to remove them to Guatemala or the MPP programme, according to the training notes.

Once CBP determines that migrants should be subjected to one of the programs - removal to Guatemala, sent to wait in Mexico, or another outcome - the migrants will remain on that track, the officials said.

After an initial assessment by border officers, asylum seekers referred for removal to Guatemala will then undergo a telephone interview with a USCIS asylum officer in the Arlington office. The officers will ask additional questions to determine if the migrants are "more likely than not" to face persecution on grounds of race, religion, nationality, membership in a particular social group or political opinion in Guatemala.

The migrants are not permitted to have attorneys and other representatives present during the screenings, the officials said.

Once asylum officers decide an asylum seeker will be sent to Guatemala, that decision cannot be reviewed by an immigration court, according to Nov. 19 guidance published by the U.S. Department of Justice.

"Immigration judges should not review, consider, or decide any issues pertaining to any discretionary determination" about whether a migrant is subject to the asylum agreement, the guidance said.