WASHINGTON (Reuters) - U.S. President Donald Trump was abruptly escorted from the White House briefing room by Secret Service agents shortly after he began briefing reporters on Monday. Minutes into a news briefing, Trump was taken out of the room with no explanation for the disruption. 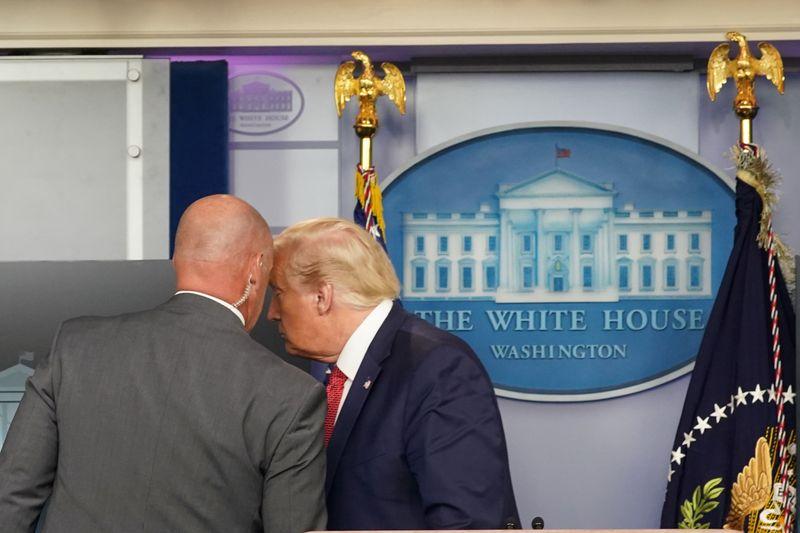