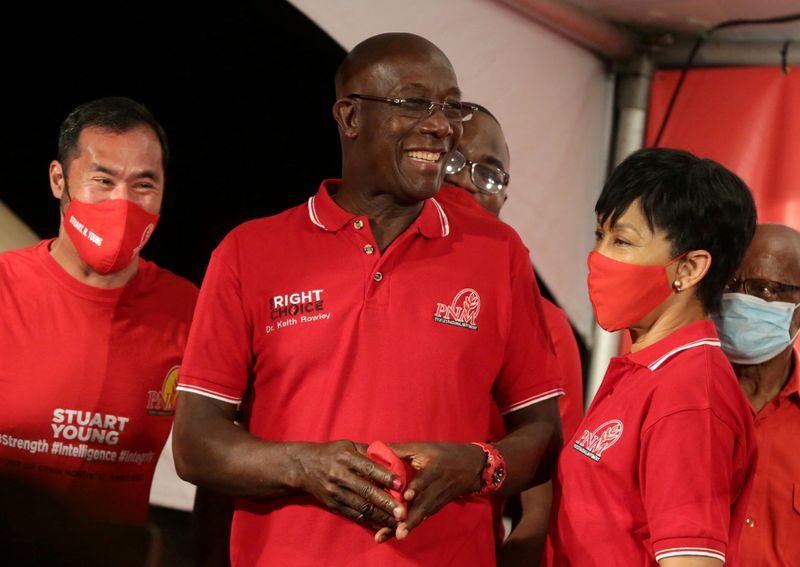 PORT OF SPAIN (Reuters) - Trinidad and Tobago's opposition United National Congress (UNC) on Tuesday conceded defeat in last week's parliamentary elections after a partial recount, clearing the way for the swearing-in on Wednesday of the new government.

Prime Minister Keith Rowley already claimed victory for the ruling People’s National Movement (PNM) on Aug. 10 after official results showed it won 22 out of the 41 electoral seats in the energy-rich Caribbean country while the UNC won 19 seats.

But the UNC called for a recount of five electoral seats, which nonetheless confirmed they had been won by its rival.

"After some days of reflection and monitoring of the progress of the election recount process, I am satisfied that the people have spoken and that Dr. Rowley and his party shall form the new government of Trinidad and Tobago," UNC political leader Kamla Persad-Bissessar said in a statement.

Rowley faces an uphill challenge containing the coronavirus outbreak in the twin-island nation. His government also faces challenges in boosting an economy flailing in the wake of lower energy prices and stemming illegal immigration from Venezuela.

(Reporting by Linda Hutchinson-Jafar in Port of Spain; Editing by Sarah Marsh and Tom Brown)