By David Morgan WASHINGTON (Reuters) - U.S. Senate Republican leader Mitch McConnell on Thursday called for a Senate resolution on Syria that would be stronger than the measure condemning President Donald Trump's withdrawal of U.S. forces that the House of Representatives passed a day earlier. 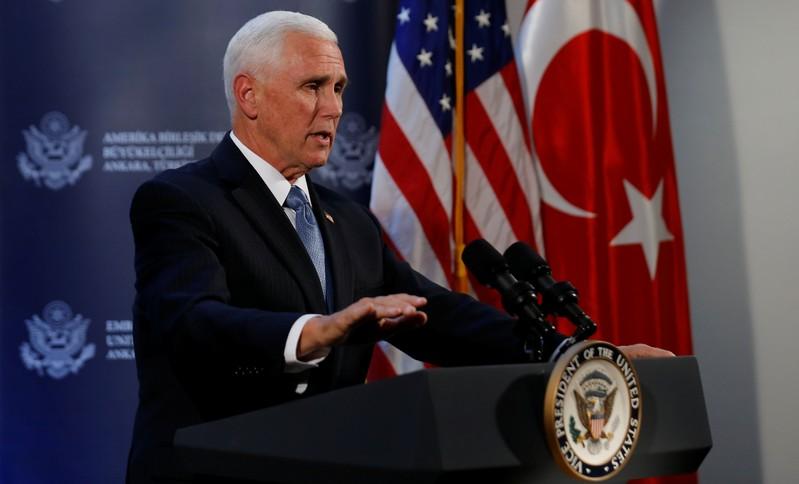 WASHINGTON (Reuters) - U.S. Senate Republican leader Mitch McConnell on Thursday called for a Senate resolution on Syria that would be stronger than the measure condemning President Donald Trump's withdrawal of U.S. forces that the House of Representatives passed a day earlier.

McConnell, speaking on the Senate floor, said he would like to see "strong, forward-looking strategic statement" on Syria that would specify whether the U.S. should maintain a military presence in Syria and address the plights of the country's minority Sunni and Christian communities.

"My preference would be for something even stronger than the resolution the House passed yesterday, which has some serious weaknesses," said McConnell, criticizing the House measure as narrowly drafted and backward looking.

But McConnell's Democratic counterpart called for immediate action on the House resolution, saying there was no time for delay because Trump appears to have no plan for dealing with the Turkish offensive against U.S.-allied Syrian Kurds that followed the withdrawal.

"The president still doesn't get it," Senate Democratic leader Chuck Schumer said on the Senate floor. "Hopefully, an overwhelming bipartisan vote in the Senate will break through to him."

The House resolution, which passed with overwhelming bipartisan support, opposes Trump's decision to remove U.S. troops from northeastern Syria and calls on his administration to present a "clear and specific plan for the enduring defeat of ISIS (Islamic State).