By Ted Hesson WASHINGTON (Reuters) - U.S. President Donald Trump's top homeland security official said on Sunday that his department does not have the authority to send law enforcement to polling sites during the November election despite Trump's suggestion that federal officers could be deployed to guard against election fraud 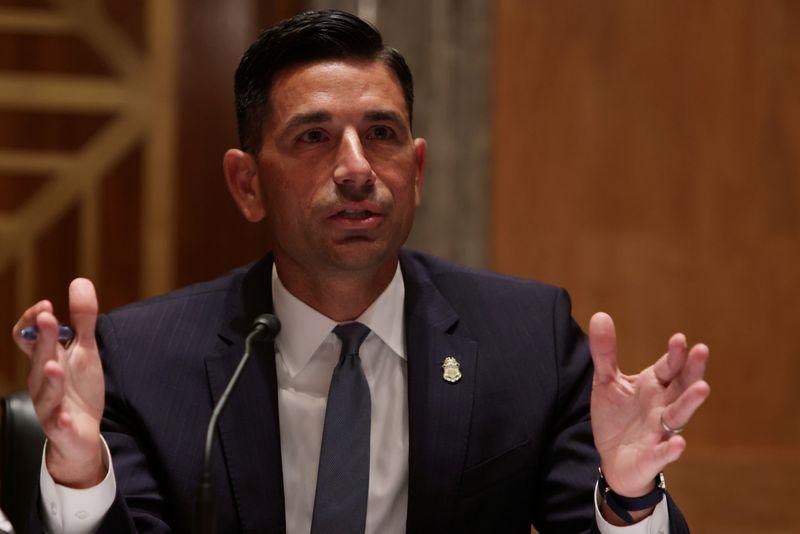 WASHINGTON (Reuters) - U.S. President Donald Trump's top homeland security official said on Sunday that his department does not have the authority to send law enforcement to polling sites during the November election despite Trump's suggestion that federal officers could be deployed to guard against election fraud.

"That’s not what we do at the Department of Homeland Security," Acting Secretary Chad Wolf said on CNN'S "State of the Union." "We have express authorities authorized by Congress and this is not one of them," he added.

Trump has said repeatedly and without evidence that a shift to universal mail-in voting - something most states have not proposed doing - will lead to fraud in the Nov. 3 election. The Republican president is running against Democratic challenger Joe Biden, who currently holds a substantial lead in public opinion polls.

Trump told Fox News on Thursday that law enforcement, including sheriffs and U.S. attorneys, would be deployed to polling stations around the country to stop fraud.

Law enforcement personnel with the Department of Homeland Security were deployed to Portland, Oregon, in July to respond to protests against racial injustice. This caused tensions with state and local officials but Wolf defended the move.

Wolf also said on Sunday that he had seen no evidence that countries such as Russia and China were planning to forge mail-in ballots to influence the U.S. election, another Trump claim.

Wolf said the department was focused on cybersecurity threats, such as campaigns by other nations to spread false information online.