WASHINGTON (Reuters) - The chairmen of three congressional committees on national security on Thursday pressed U.S. Secretary of State Mike Pompeo to explain whether a Trump administration arms control report was politicized and slanted assessments about Iran. The chairmen of Foreign Affairs, Armed Services and Intelligence committees in the U.S 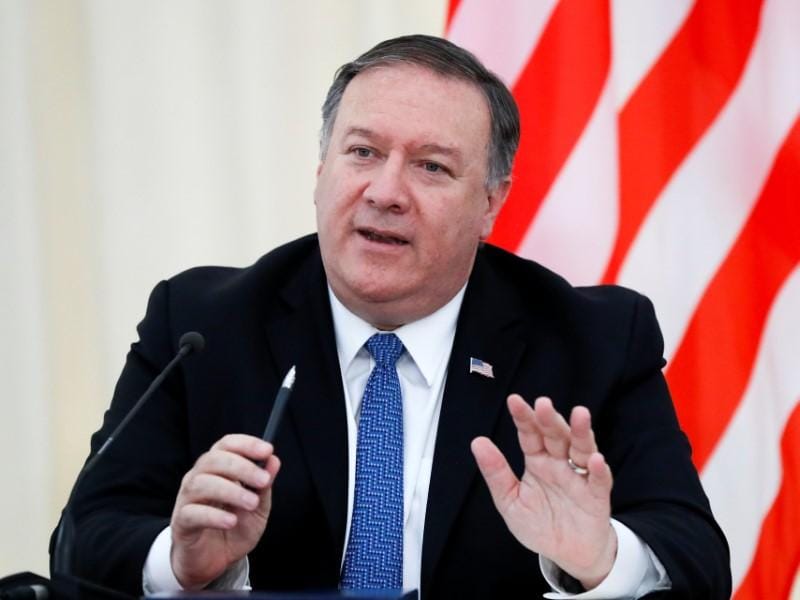 WASHINGTON (Reuters) - The chairmen of three congressional committees on national security on Thursday pressed U.S. Secretary of State Mike Pompeo to explain whether a Trump administration arms control report was politicized and slanted assessments about Iran.

The chairmen of Foreign Affairs, Armed Services and Intelligence committees in the U.S. House of Representatives - all Democrats - asked Pompeo in a letter to provide a State Department briefing and documents no later than May 23.

The letter cited a Reuters story from April 17 that reported how the administration's annual report to Congress assessing compliance with arms control agreements provoked a dispute with U.S. intelligence agencies and some State Department officials.

The dissenting officials, sources said, were concerned that the document politicized and skewed assessments against Iran.

"Our nation knows all too well the perils of ignoring and 'cherry-picking' intelligence in foreign policy and national security decisions," the chairmen said in their letter. They referred to the selective use of intelligence "to justify the march to war" in Iraq in 2003.

Tensions have risen between the United States and Iran this month following statements from Washington that the U.S. military was braced for "possibly imminent threats to U.S. forces in Iraq" from Iran-backed groups.

U.S. President Donald Trump has told top advisers he does not want to get the United States involved in a war with Iran, three U.S. officials said on Thursday.

The letter signed by Chairmen Eliot Engel of the House Foreign Affairs Committee, Adam Smith of Armed Services and Adam Schiff of Intelligence also questioned why the unclassified report was only 12 pages compared to 45 the previous year.

Trump has tightened economic sanctions on Iran and intensified efforts to contain its power in the Middle East after withdrawing Washington a year ago from a 2015 international nuclear deal with Iran, raising fears among some in Congress about intelligence possibly being misused to lay the groundwork to justify military action. Under the accord, Tehran curbed its uranium enrichment capacity, a potential pathway to a nuclear bomb, and won sanctions relief in return.

Trump is sending an aircraft carrier group, B-52 bombers and Patriot missiles to the Middle East to counter what Washington has called a heightened threat from Iran in the region.

Iran described the U.S. moves as "psychological warfare", and a British commander cast doubt on U.S. military concerns about threats to its roughly 5,000 soldiers in Iraq.